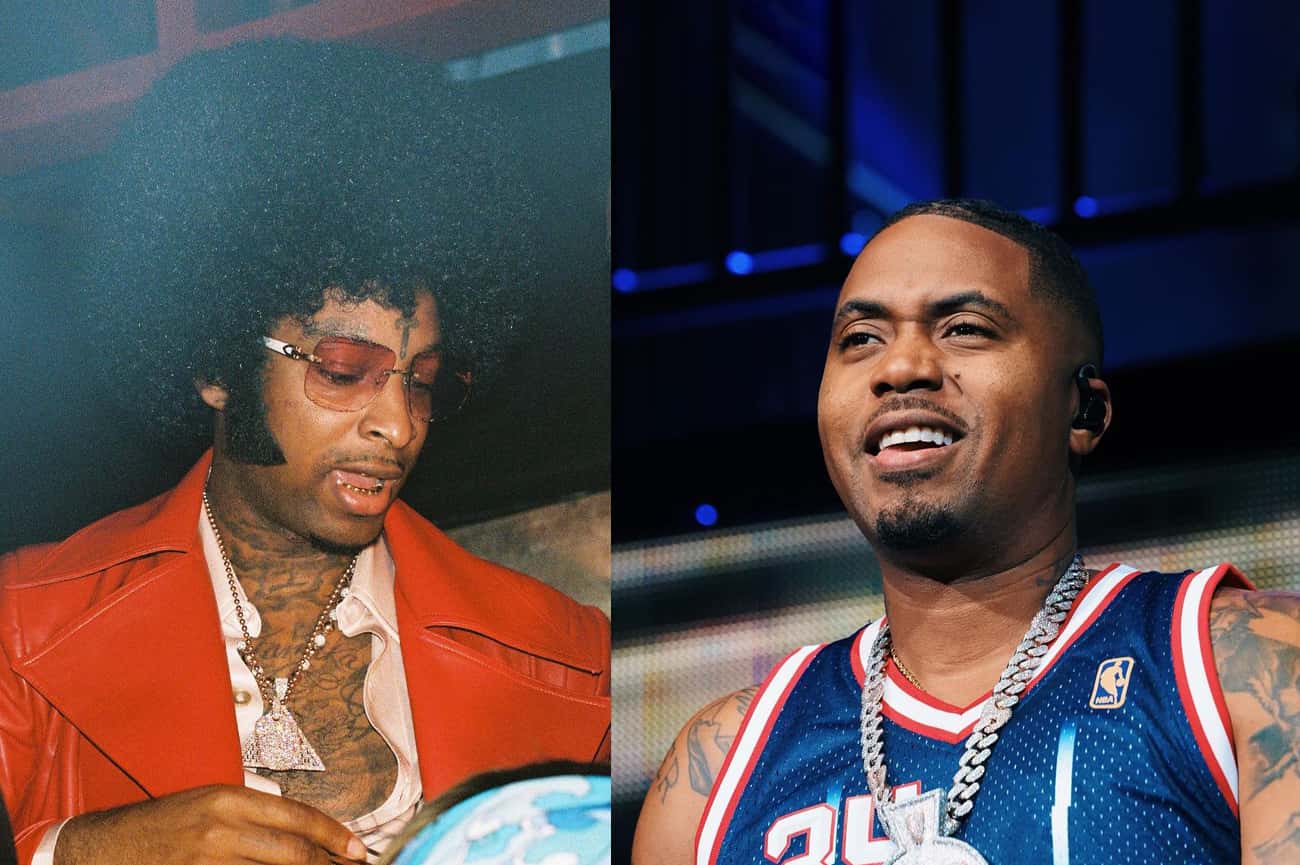 It’s interesting to see how people react when they hear something they disagree with. With social media, we can all express our opinions in real-time—and everyone has one!

The world of hip-hop is a complicated one, with many different opinions and styles to choose from. But despite the many differences in the hip-hop culture, there are a few things that remain unchanged: admiration and respect for earlier artists.

In a conversation on the social media app “Clubhouse”, 21 Savage responded to a question about whether Nas is still relevant, and his answer sparked controversy.

When asked whether or not Nas is still relevant, 21 Savage said: “I don’t think he’s relevant, he is not relevant. He just has a loyal fan base and he still makes dope-ass music but like relevant …nah.”

In response to 21 Savage’s assessment of Nas, social media users offered a mix of reactions. Some people agreed with the rapper while others attacked him for critiquing one of hip-hop’s greatest legends.

Dilemaradio has collected a group of tweets from people responding to 21 Savage’s statement that he thinks Nas is not relevant anymore.

The internet was divided in its reaction to this statement, with some agreeing with 21 Savage and others disagreeing.

We understand where both sides are coming from—it can be hard to see someone you look up to in the same light as everyone else when they’ve been so successful in their industry. But at the end of the day, we all have different tastes and preferences when it comes to art and entertainment.

Nas is one of the most prolific rappers of all time, but that doesn’t mean his music is still as relevant in today’s rap scene. Unlike other hip-hop artists, Nas has been making music for a really long time—he’s been around since the early 1990s when he first broke into the mainstream with Illmatic. While his longevity is certainly commendable, it also means that his style has become dated over time.

Although Nas won his first-ever Grammy Award in 2021 for the album King’s Disease, it doesn’t mean that it was necessarily the best piece of music. It just happened to be time to give him recognition and respect for what he’d done for the hip-hop culture in general over the years.

While we at Dilemaradio have a lot of respect for Nas and his impact on the hip-hop music industry, we have to admit that 21 Savage is not wrong when saying that Nas isn’t relevant; his music isn’t nearly as popular with young people today as it once was. The memorial service of Takeoff, one-third of the rap trio Migos, was held on Friday, November 11. The ceremony celebrated the life of Takeoff and included reflections and tributes from his family and friends. Quavo, Offset, Drake, and Justin Bieber were among the many celebrities who attended Takeoff's funeral ceremony and paid tribute to his memory. https://twitter.com/BlackRoomMedia1/status/1591278652175814658 On November 11th, 2022, hundreds of fans gathered in Atlanta to celebrate the […]