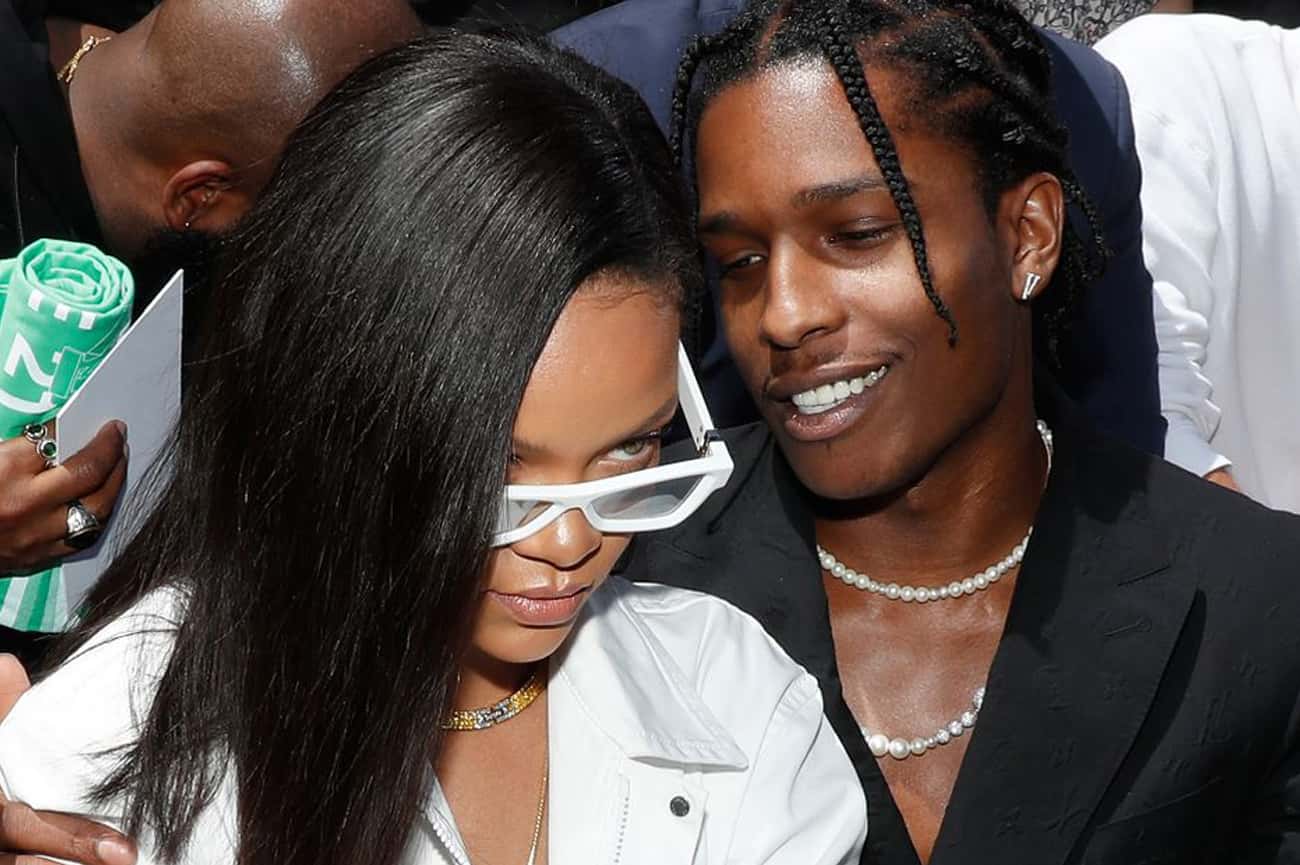 There Are Rumors Asap Rocky Cheated on Rihanna

Rihanna and A$AP Rocky have split up, according to numerous reports on the internet.

Reports surfaced online that Asap Rocky had been cheating on Rihanna with shoe designer Amina Muaddi.

Fenty’s footwear designer, Muaddi has been responsible for a number of the shoes we’ve seen Rihanna wear in public appearances and paparazzi photos.

It all started today when a fashion influencer from Paris tweeted the rumor about Rihanna and Asap Rocky’s breaking up.

Fashion influencer Louis tweeted: “Rihanna & ASAP Rocky have split. Rihanna broke up with him after she caught him cheating with shoe designer Amina Muaddi.”

More tweets from the influencer followed, he wrote: “ASAP & Amina is not new though as she was seeing him years ago and also collaborated with him on a collection of shoes.”

Rihanna and ASAP Rocky were first linked in 2013 and have been engaged since then. The singer and rapper have collaborated on several occasions over the years, creating hundreds of romantic rumors along the way.

According to a “source directly connected” to both Rihanna and Rocky, told TMZ neither the breakup claim NOR the cheating claim is true. “100% false on both counts,” the source explained, “1 million percent not true. They’re fine.”

Amina Muaddi took to Twitter to shut down the rumor calling it “fake gossip”.

Muaddi Tweeted: “I’ve always believed that an unfounded lie spread on social media doesn’t deserve any response or clarification, especially one that is so vile. I initially assumed that this fake gossip – fabricated with such malicious intent – would not be taken seriously.”

The designer continued her tweet: “However, in the last 24h I’ve been reminded that we live in a society that is quick to speak on topics regardless of factual basis and that nothing is off-limits. Not even during what should be one of the most beautiful and celebrated times in one’s life. Therefore I have to speak up as this is not only directed towards me but it is related to people I have a great amount of respect.”

Some fans were disappointed with the outcome and expressed their feelings on the Internet.