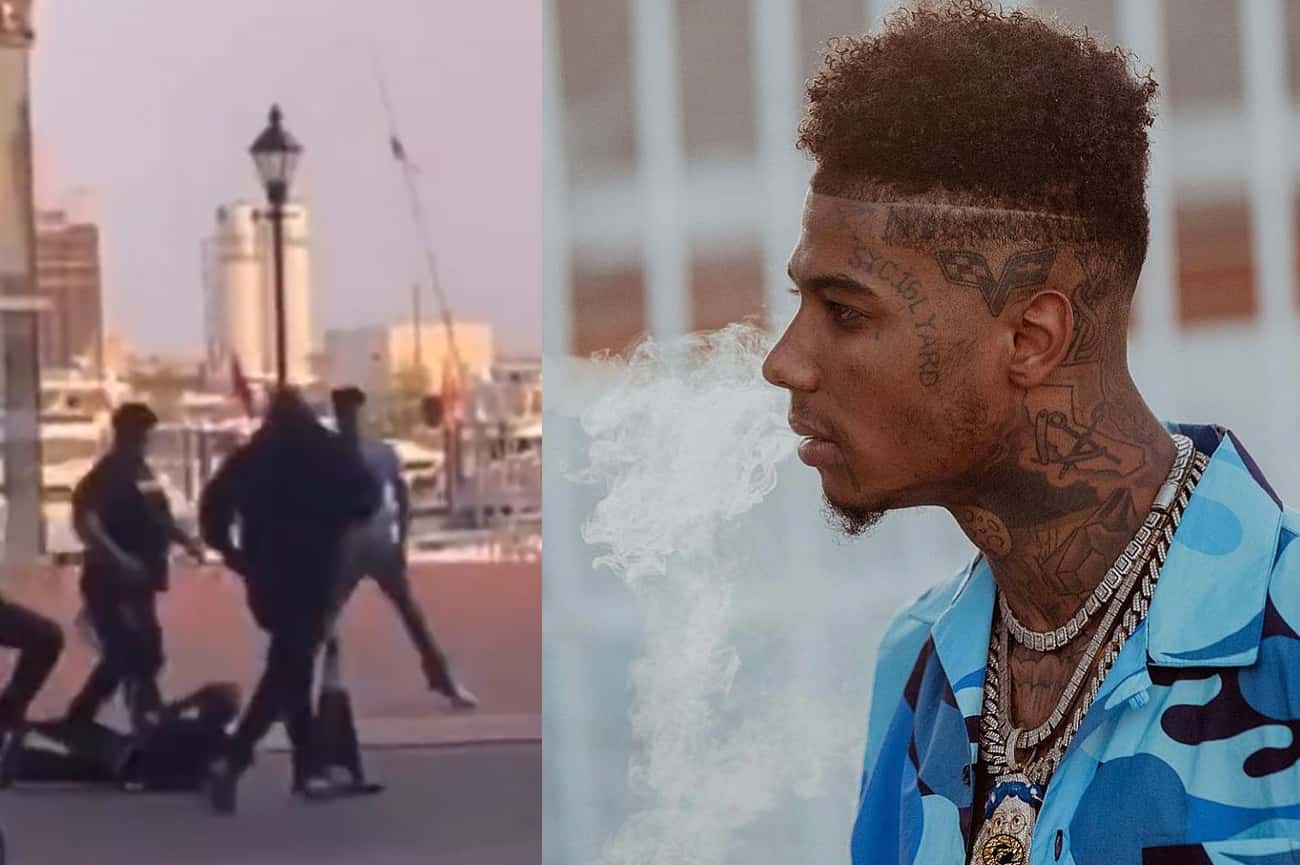 Blueface‘s introduction to Chrisean Rock‘s family may have been a bit more explosive than anyone expected.

It’s clear that the couple loves to argue. Their fights are never-ending, and if they don’t fight with each other then at least their family members will get a piece of it.

It looks like Blueface is taking a page out of Chrisean’s book. The rapper, who is currently on the outs with his girlfriend’s family, apparently knocked Chrisean’s father out during their visit to Baltimore.

According to reports, Chrisean introduced her boyfriend Blueface to her family and things didn’t go well.

In the next video captured by Zeus cameras, Blueface is seen knocking someone out outside of The Four Season hotel in Baltimore while cameras are rolling (apparently Chrisean’s father) while other people try to stop him.

In August, they made headlines once more: a video surfaced on social media showing the drama couple involved in a physical fight.

It seems like this is what Blueface and Chrisean do best “fighting”—they’re constantly arguing about something or other on social media because they love attention so much!—and their family is stuck in the middle of it all. Memphis rapper NLE Choppa has confirmed that he broke up with his girlfriend, Marissa D'Nae. The couple had been together for nearly two years but recently decided to go their separate ways. Choppa explained the breakup in a video he posted on Youtube after Marissa D'Nae took to social media to explain her side of the story. Marissa took to social media crying about how hurt she felt about the […]