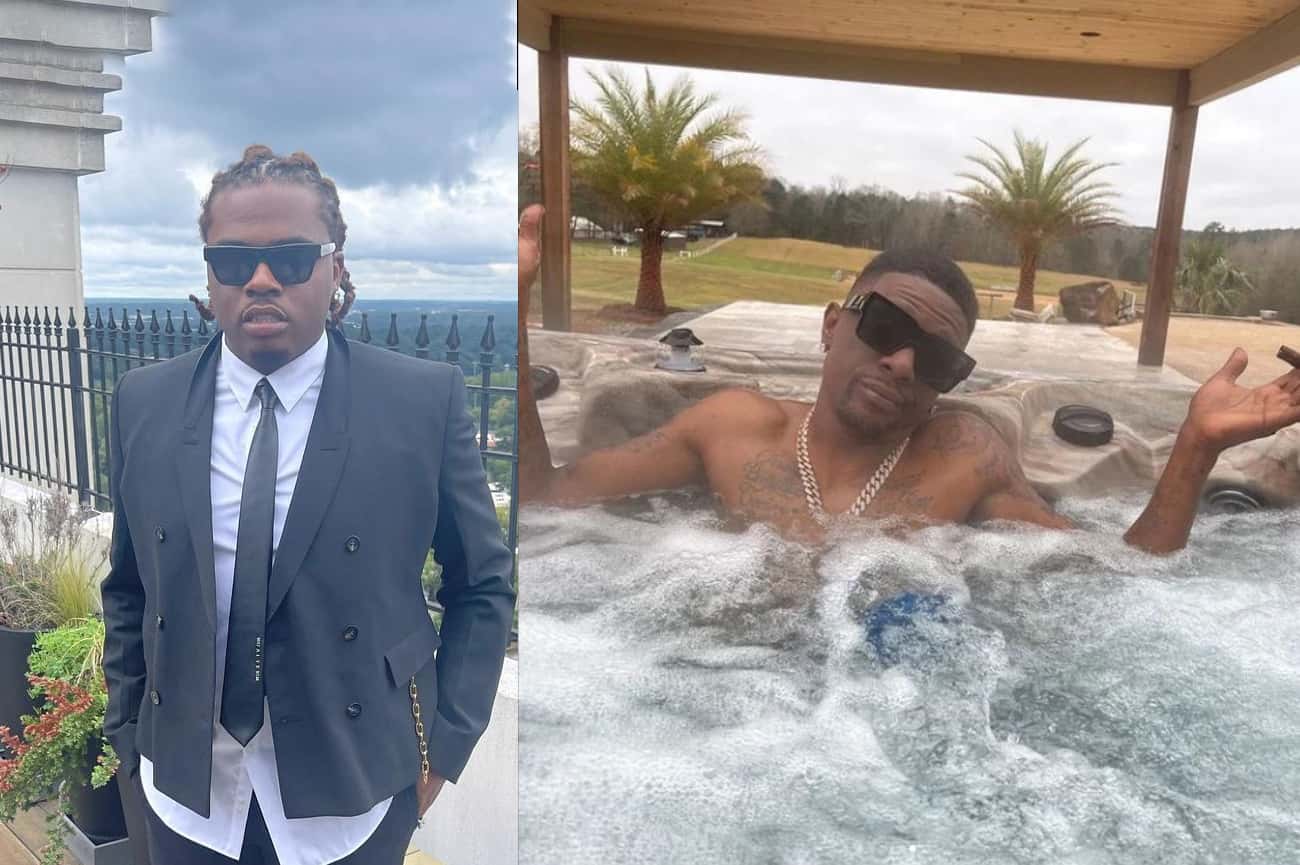 On Wednesday, December 14, rapper Gunna was released from prison after pleading guilty to a racketeering charge. Gunna, whose real name is Sergio Kitchens, had been imprisoned in Fulton County, GA since May when he was charged with conspiracy to violate the state’s Racketeer Influenced and Corrupt Organizations Act (RICO), as well as participation in street gang activity.

While many of Gunna’s fans and supporters, including celebrities, celebrated his release from prison, not everyone was happy with his actions. Some took to social media to criticize Gunna, calling him a snitch and a rat.

Boosie was among those who expressed their disappointment with Gunna. In a tweet, Boosie referred to Gunna as a “rat” and said that the situation “would have put tears in my eyes”.

The Louisiana native went on to say that his “fighting for his life” and is not running a gang or criminal enterprise, implying that Gunna’s actions were not in line with these values.

“Rat. This would have put tears in my eyes. My brother, my artist. Like WTF I’m fighting for my life. That I’m not running a gang/criminal enterprise and you do this to big dog!! U know it’s a gang. The guns n drugs not yours. Well who else was in the car they can be for? SMH.”

In another tweet, Boosie criticized the legal system and Gunna’s lawyer, saying that they don’t care about a person’s legacy. He claimed that lawyers only care about getting their clients out of jail so that their own name will become more well-known, and then they charge their clients more money when they are released. Boosie referred to this as a “cold game”.

“He had one charge. He wasn’t going to get no hard time!! These lawyers don’t give a dam about your legacy. They know what they doing to your name but they getting you out of jail. So they name blows up, then you gotta pay them more when u free and they made u cooperate!! It’s a cold game.”

6ix9ine, who has been labeled as the biggest snitch and rat in the hip-hop community, quickly shared his opinion on Gunna’s situation. In a tweet, the rainbow artist wrote, “Just stfu and listen. I know ya don’t wanna accept it. Your man is fighting for his life in court on a gang RICO”.

“Judge: You are aware YSL is a gang correct?

Judge: ONLYYYY you and Jeffrey are in the car and the police find a handgun and drugs. This didn’t belong to you correct?

“Go ahead and make your 1,000,0000 excuses. I stand on whatever I do or did. That’s why I’m still walking on this earth AND NOTHING EVER HAPPENS TO ME. I am him p*ssy. Real n*ggas getting shot and kicked in their face, can’t be me.

6ix9ine’s and Boosie’s comments sparked a heated debate on social media. Some defended Gunna, arguing that he did what he had to do to protect himself and avoid a longer prison sentence. Others mocked the situation, calling Gunna a snitch and a rat and expressing disappointment in his actions.

While many people are slamming Gunna as a snitch, others are defending him and his decision to plead guilty in his racketeering case. One user on social media wrote, “I can’t wait till we get rid of the ‘no snitching’ mentality within the black community. Most of you were screaming free Gunna the other day – now it’s he’s a snitch. Make up your minds. Guy had to release a statement to let you lot know he didn’t snitch. Wild”.

This user’s comments highlight the ongoing debate within the hip-hop community and the wider Black community about the so-called “no snitching” mentality. Some argue that this mentality, which discourages people from cooperating with law enforcement or providing information about criminal activity, has been harmful and has allowed crime and violence to flourish. Others argue that the “no snitching” mentality is a necessary form of self-protection and a way of preserving community trust and loyalty.

Lil Duval also took to Twitter to express his thoughts with the following tweet: “Nobody should pin snitch on Gunna unless Thugga say it.”

In response to the criticism and speculation surrounding Gunna’s decision to plead guilty in his racketeering case, his lawyer, Steve Sadow, shared a message on social media. Sadow wrote, “Gunna did not snitch to get out of jail. He has said nothing and is not cooperating. His plea statement cannot be used in court against any other defendant. So please stop spreading lies!!”.

Sadow’s message may provide some reassurance to Gunna’s fans and supporters who are concerned about his reputation and his relationship with the hip-hop community. However, it is likely that the debate about snitching and the “no snitching” mentality will continue, and Gunna’s decision to plead guilty may continue to be a source of controversy.

Previously, Fulton County District Attorney Fani Willis stated that many of the defendants in the case, which included fellow rapper Young Thug, could face life in prison. If Gunna’s case had gone to trial, he could have faced a sentence of between five and twenty years in prison. Tory Lanez’s Future On The Line As Trial Continues

LOS ANGELES - On December 13, rapper Megan Thee Stallion took the stand in the trial of Tory Lanez, who is accused of shooting her in the foot outside a Hollywood Hills mansion on July 12, 2020. On Tuesday, the second day of the trial, Megan arrived at the courthouse where she was greeted by fans holding signs and posters that read "WE STAND WITH MEGAN". https://twitter.com/meganstallionbr/status/1602734416740159492 As Megan arrived […]