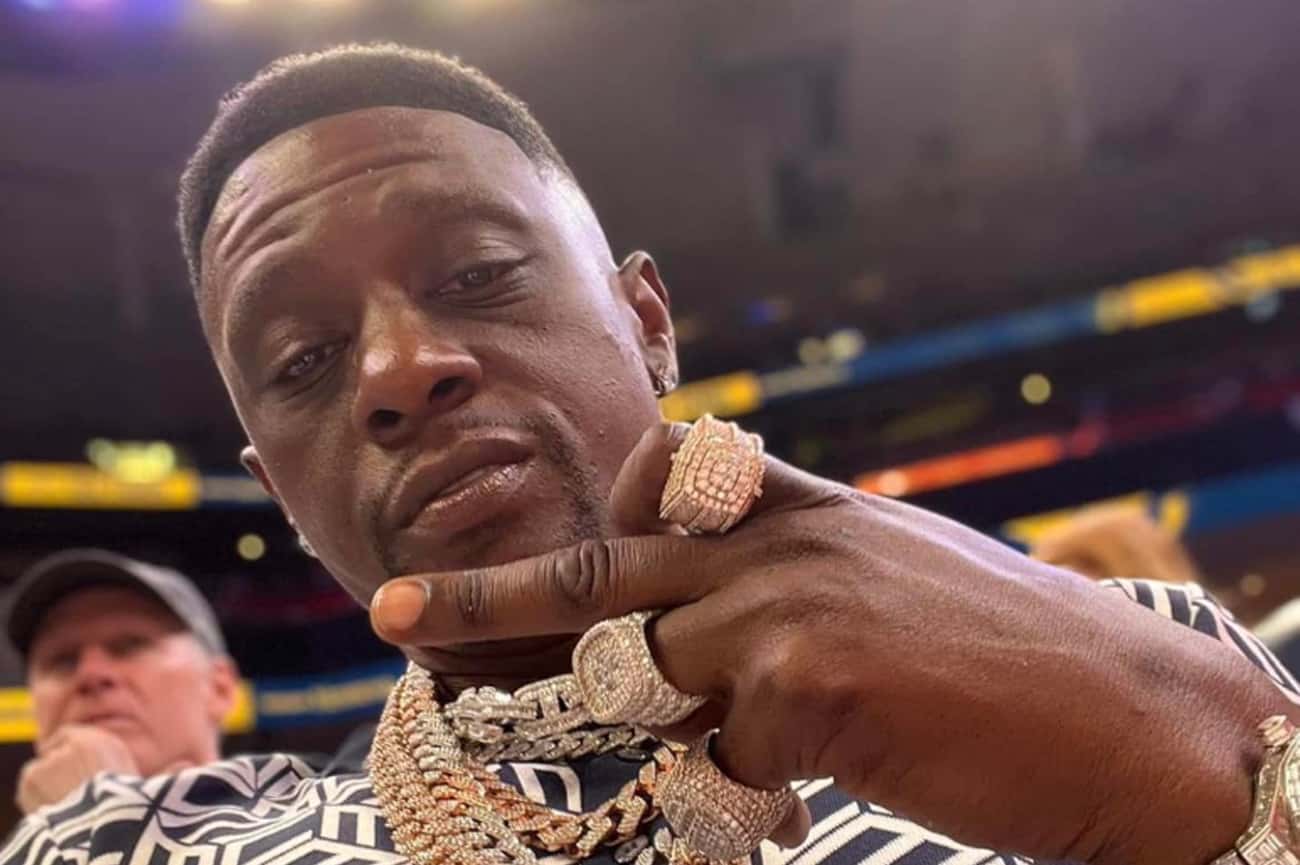 Boosie Badazz Is Not Here For Anyone’s Disrespect.

Outside a hotel a male Karen was verbally harassing a female hotel employee and Boosie felt that he needed to step in.

In the video, you can see Boosie standing between the two parties as they argue. At one point, Boosie walks over to the male Karen and asks him why needed to disrespect the woman.

“You ain’t going to talk to her like that. I will beat your ass if you talk to me like that. You not going to disrespect no woman like that, bro.”

Boosie shared a tweet on June 23 with some explanation about the incident. He stated that he saw the young lady being mistreated by a man and he felt that it was his duty to step in and intervene.

The rapper’s tweet reads as follow: “The reason I told that man that because he backed a woman down until she could do nothing. He Kept approaching her after she said sorry. Then he said no you go apologize to my wife too!! he was doing the most don’t let the video fool u.”

The male Karen’s reason for insulting the hotel employee is unknown.

Dr. Rashad Richey, a noted lecturer, university professor, broadcaster, writer, and entrepreneur, has made a video about the incident.

The professor is known for exposing injustice in his YouTube videos. In one of his recent videos, he showed the confrontation between rapper Boosie and the male Karen who was harassing the female hotel employee.

Richey says this type of behavior is not uncommon and that people need to start speaking up about it because it’s unacceptable to treat employees in such a way.

Dr. Rashad Richey has exposed lots of cases of injustice in his videos on youtube, and his channel is worth watching for anyone interested in human rights and social justice issues. Watch The Full Performance Omarion VS Mario : VERZUZ TV Yesterday (June 23) the two R&B singers took to the stage and brought along some of their biggest hits. Verzuz made his comeback with the battle between Omarion and Mario. The battle between the two R&B singers included a competition between Ray J Vs. Bobby V and Sammie Vs. Pleasure P. Sadly, the event didn't turn out the way we had […]