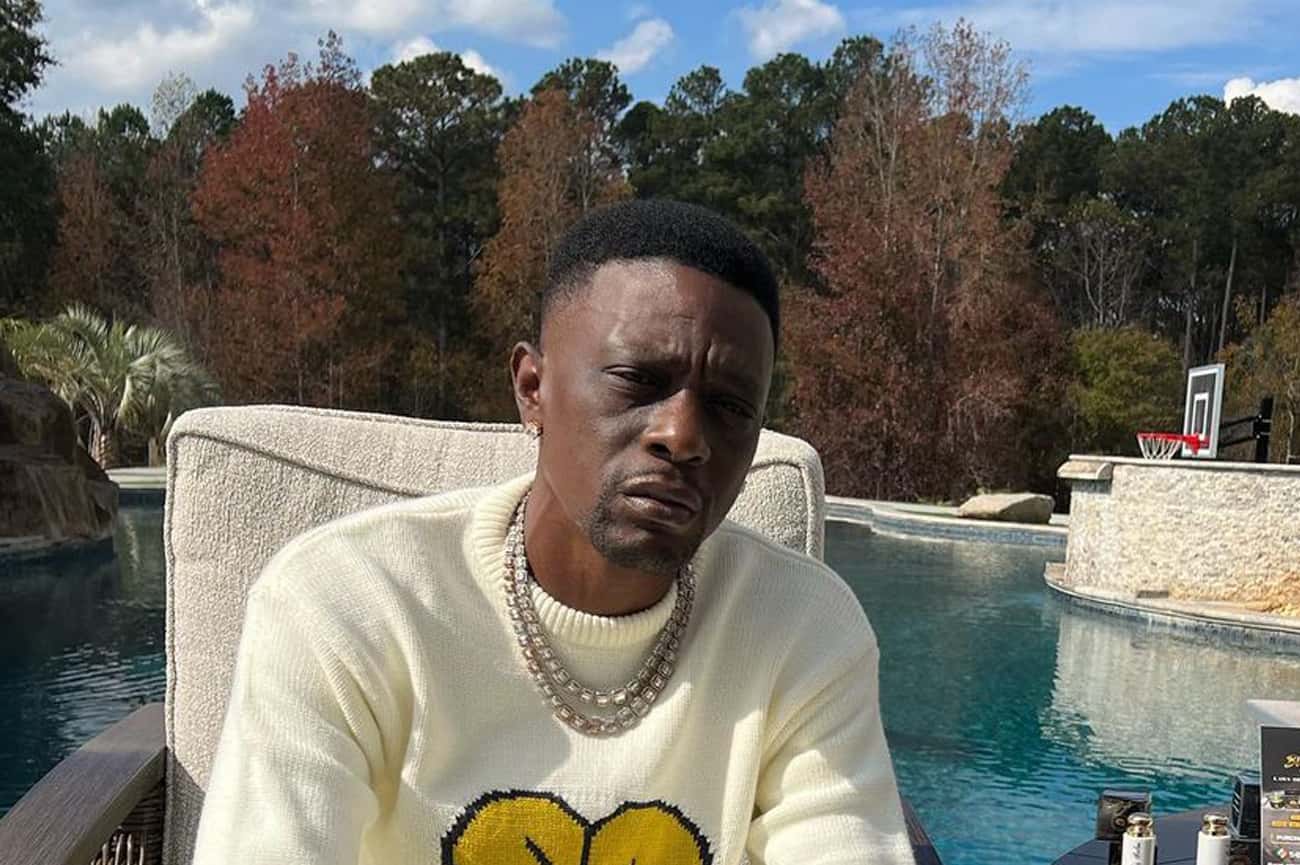 In a new video, rapper Boosie exposed one of his relatives for stealing from him—and he did it in the most public way possible: on social media.

The Baton Rouge native went on Instagram showing his cousin stealing money from him, and he also wrote a post explaining what happened.

To all the people who are now wondering what this means for Boosie, he says not to worry: he will not put his freedom in jeopardy for a thief. He says if someone steals from you—they could also kill you at any time.

“My lil cousin @boosieboymunchie just got busted on camera stealing my money. HES NOT MY FAMILY ANYMORE JUST LIKE @iambigghatch. TO ALL HIS OPPS HE WILL NOT HAVE MY PROTECTION N THE STREETS OF BR ‼️U DONT HAVE TO WORRY BOUT ABOUT ME AT ALL ‼️I WILL NOT PUT MY FREEDOM N JEOPARDY FOR A THIEF. IF THEY STEAL FROM YOU THEY WILL KILL U FOR THE RIGHT AMOUNT OF MONEY AT THE RIGHT TIME #facts ‼️”

In a video posted on Instagram, Boosie shared footage that he says shows his cousin stealing from him. Saying that the tip-toe bandit had been caught red-handed.

“Tip toe Bandit ‼️AINT NOTHING CAME UP MISSING N MY ESTATE FOREVER ‼️SOON AS YOU BRING FAMILY FOR THE HOLIDAYS SMH #THEGRINCH @_.boosieboymunchie U SOUR THEIF‼️N THIS IS WHY I DIDNT COME TO THE TURKEY GIVEAWAY I WAS WAITING ON MY CAMERA GUY TO COME BACK N TOWN N RUN THE CAMERAS BACK ‼️”

Boosie went on on Twitter. He said: “My assistant just called n told me a wire just hit my accunt for 330K this am!! Look how God work. U stole 5K n look how God still bless me. Suffer n*gga lol”

In a recent Instagram post, HatchBoy—who Boosie also has accused of stealing from him—reacted to the rapper with this video.

“U B*TCH AZZ D*CK RIDING AZZ FAN ON MY D*CK AN DONT KNOW WUT D FUK GOING ON AZK @mamaheliveagain2.0 DO HE HAVE ME ON CAMERA STEALING ASK HIM IF I EVER STOLE OUT HIZ POCKET ASK HIM N*GGA HIT ANOTHER N*GGA FOR 4gs an had to split dat wut a n*gga took from boosie sh*t ask him wit d fuk I took rite sh*t cuz said fuk him he ain’t gotta Enuff so me an my n*gga went wit d move on d b*tch n*gga ask him if DATZ a lie I keep it gutta how u get mad wit yo people behind ANOTHA n*gga 4 grand at dat not @mamaheliveagain2.0 money an a n*gga go say I stole from dem DATZ coldblooded N*gga I reach out many times it a n*gga kno d real d n*ggaz in d streets of BR KNO”

When HatchBoy made the statement, Boosie reacted immediately and publicly exposed him as a heroin head.

It’s never easy to discover that someone close to you has betrayed your trust. But when the person who’s taken from you is a close family member—someone who you should be able to count on, no matter what—the betrayal cuts deep. For rapper Boosie, this is exactly what happened. The new Gangsta Grillz project that hip-hop fans have been waiting for is finally here! On Friday, November 18th, Dave East and DJ Drama released the much-anticipated collaborative album "Book of David". The duo reunited to release their 17-track GG project "Book of David" it has been met with rave reviews from fans and critics alike—many describe it as a perfect blend of old-school vibes with a modern touch. It […]