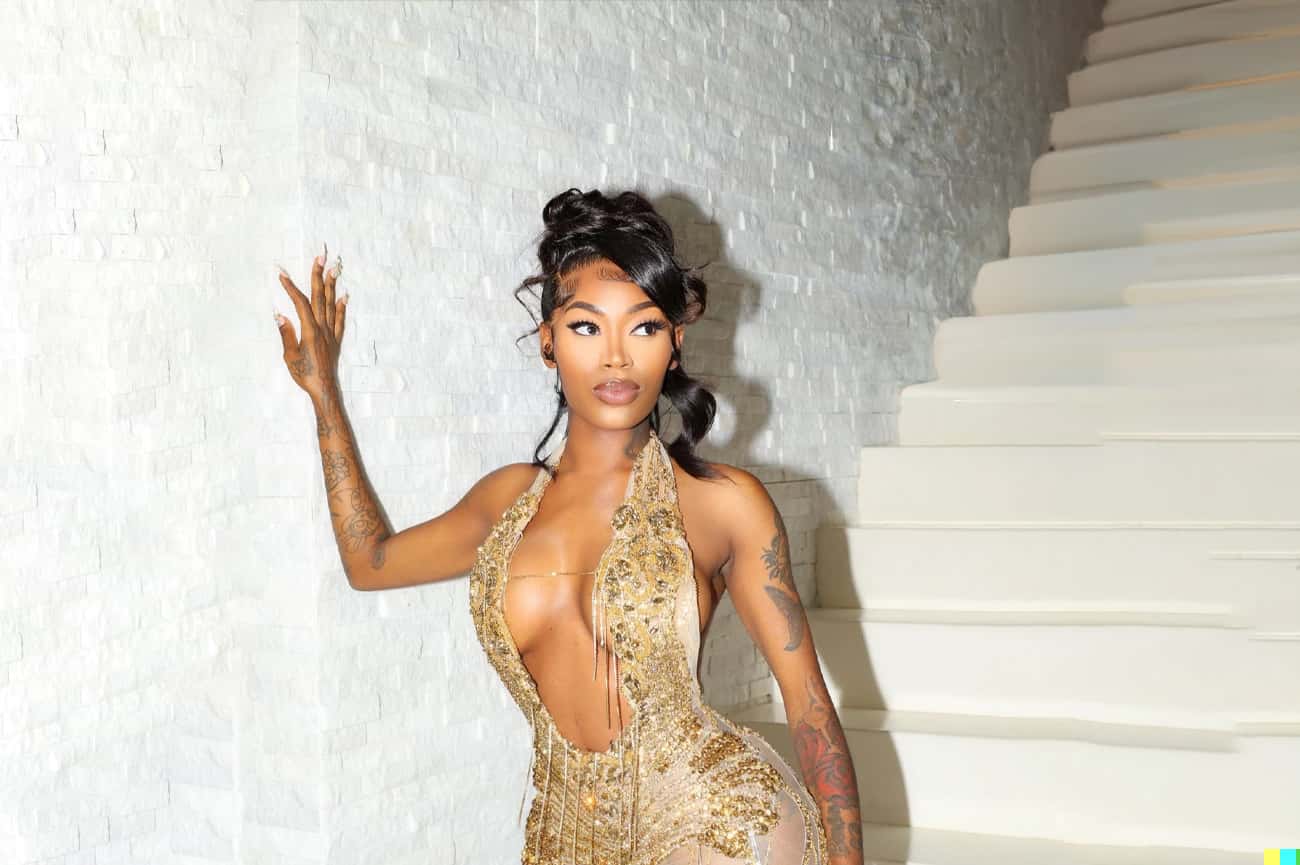 Instagram stylist Caila Abdul is speaking out against Asian Doll, who she claims ghosted her after asking her to create a birthday dress for her recent 26th birthday party.

Abdul is speaking out on Instagram, alleging that the rapper ignored her and had another designer copy her work.

The designer claims that Doll hired her to create a custom birthday dress, but stopped communicating with her and failed to wear the completed dress at her birthday party. In an Instagram post, Abdul wrote that Asian Doll “ghosted” her and that the rapper’s actions resulted in a “huge loss” for her small business.

In a post on Instagram, Abdul claimed that she had spent hundreds of dollars and sleepless nights creating a custom, diamond-encrusted gown for Asian Doll, only to be left in the dark.

“Maturity would have been to at least tell me, and credit my work as your inspiration,” Abdul wrote. “So disheartening.”

In a lengthy Instagram post, Abdul wrote on Thursday (Dec. 8): “Wow. This is so heartbreaking. @asiandabrat had me spend hundreds of dollars to create her birthday dress just to ghost me a DAY BEFORE HER BIRTHDAY.”

Instead of appreciating the designer’s hard work, Abdul claims that Asian Doll sent her design to be copied by someone else at the last minute. “As a small business this is a huge loss,” she wrote. “It may not mean much to celebrities but I spent hard-earned money that I didn’t have to lose.”

Asian Doll responded to the allegations on Friday (Dec 9) with a series of tweets, including one in which she wrote “I’m so tired of explaining myself on the internet to b*tches… I rather not say nun no more believe what you want idgaf.”

In another tweet, she wrote, “Yesterday I let y’all talk today ima tell all you b*tches to S*CK MY D*CK one by one… let’s play.”

On Friday (Dec 9) Abdul posted a screenshot of a conversation between her and Asian Doll, in which the rapper appears to be aware of the dress and the designer’s efforts. Despite this, Abdul said that Asian Doll never told her not to create the dress and she only found out what happened when she saw photos from the party online.

Many have come out in support of Abdul, praising her for her hard work and calling out Asian Doll for allegedly mistreating her. “Caila Abdul’s work is amazing and she deserves so much better than to be treated like this,” wrote one Instagram user.

After a supporter suggested that Abdul post the dress she made for Asian Doll on Instagram in order to show off her talent and “wait for your blessings to roll in,” Abdul took their advice. “You’re talented and you will come across a lot of shady people, especially in the field you’re working,” the supporter wrote. “Don’t dwell on it… it’s going to be okay.”

Pictures from Asian Doll’s 26th birthday party showed the rapper flaunting a dress that looked almost identical to the one Abdul had created for her. The photos were shared on social media by the Queen Of Drill.

The incident has also sparked a larger conversation about the treatment of small business owners and independent designers in the fashion industry. As the story continues to develop, it remains to be seen how Asian Doll and Caila Abdul will address the allegations and resolve their dispute.

While serving his sentence in prison, yesterday night (Dec 8) R. Kelly released a 13-track album titled "I Admit It" that addresses the numerous allegations of sexual misconduct against him. However, the album has been swiftly removed from major streaming platforms such as Spotify and Apple Music. The circumstances surrounding the release of R. Kelly's album and the person or entity behind its distribution remain unclear. A source at Sony […]