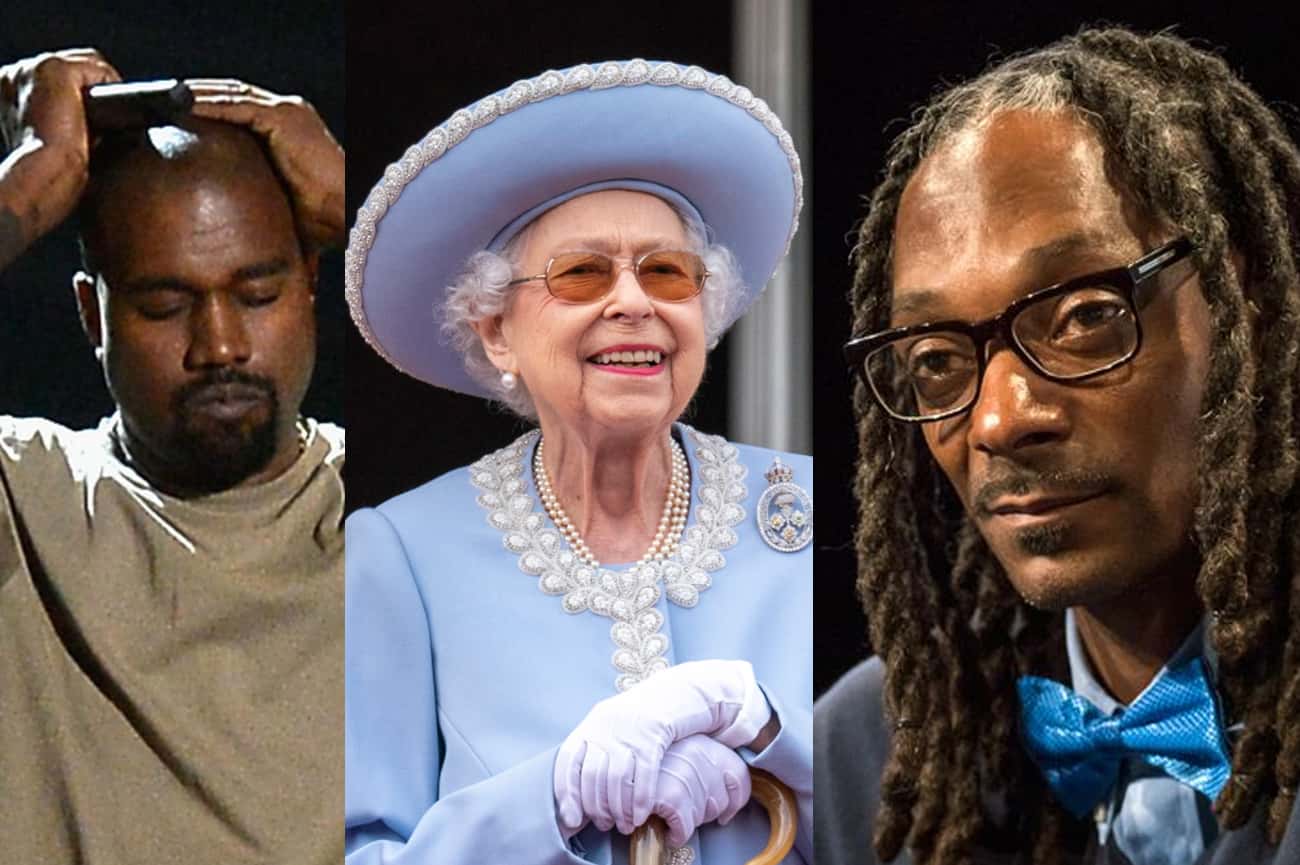 It’s been a sad day for the United Kingdom. The longest-serving monarch in British history “Queen Elizabeth II” passed away on Thursday, September 8, at the age of 96. The English monarch had been ill for some time, and her death was not unexpected.

The news of the Queen’s passing has sent shockwaves around the world, with many people reacting on social media.

Queen Elizabeth II’s death on Thursday is being mourned by many people including Kanye West, who’s looking to make amends with some of his enemies following the Queen’s passing.

On September 9, West paid homage to the Queen on Instagram. He then appeared to apologize to Pete Davidson, Kid Cudi, and Adidas General Manager Daniel Cherry.

In a photograph of Queen Elizabeth II, West digitally added his own signature Yeezy sunglasses to the queen’s face.

Ye wrote: “Life is precious. Releasing all grudges today. Leaning into the light. Best wishes and blessings to Pete, Cudi, and Daniel Cheery.”

West removed his earlier post and replaced it with a new one that showed only pictures of the Queen from her younger days. He did not mention Davidson Cheery or Cudi in this post.

Snoop Dogg, another of the many Hip-Hop artists showed respect for the Queen by sharing an old interview on his Instagram page with the caption: “RIP to the Queen”.” In the video, Snoop described a time when the Queen prevented him from being banned from touring in England.

“In the interview, Snoop said: “Kick this evil bastards out was the headline. That shit is documented. This was while I was fighting a murder case, over there, doing shows.”

“But guess who came to my defense? Just take a guess. The Queen. The Queen said this man has done nothing in our country. He can come. The Queen! Bow down. When the Queen speaks, bow down.”

“You think they weren’t there saying, Grandma, please let him in… He’s ok. We love his music. You know Harry. I’ll let him in for you. He’s not so bad after all and he’s quite cute.”

The O.G continued saying: “Thank you Queen I love you, baby.”

Queen Elizabeth II’s death was announced by Buckingham Palace and has since been met with an outpouring of grief from the public and celebrities alike including Nicki Minaj.

President Joe Biden says he’ll attend Queen Elizabeth II’s funeral: “I don’t know what the details are yet, but I will be going.”

Queen Elizabeth II was born on April 21, 1926, in London and ascended to the throne in 1952 following the death of her father, King George VI. She has ruled Great Britain for more than 66 years and is only the second female monarch in British history. Her coronation took place on June 2nd, 1953 at Westminster Abbey and she has become one of the most respected monarchs in modern British history.

In recent years she has been seen as less active due to health problems but still carried out her official duties as Monarch throughout these visits until recently when it became clear that something serious was going on with her health that required medical attention.

The Queen had been hospitalized recently after doctors expressed concern over her health. She was still doing her official duties as Monarch as Sovereign meeting with the new prime minister Liz Truss two days prior to her death.

In a tweet published at 6:30 pm ( BST), the royal family announced the Queen’s death as follows: “The Queen died peacefully at Balmoral this afternoon. The King and The Queen Consort will remain at Balmoral this evening and will return to London tomorrow.”

Following the death of Queen Elizabeth II, King Charles III will become monarch. The public will grieve their loss while also welcoming a new king and era in British history—a period of 10 days of mourning has been declared by Buckingham Palace. Rondo's Instagram post about leaving the "NH" and no longer claiming allegiance to Jump Out Gang has caused a stir among people. In a series of Instagram stories NBA YoungBoy's affiliate Rondo shared the following messages: "I'm not jump out gang either ain't no loyalty in this shit. I'm my own man. I layed my flag down. I'm not NH yall ain't gone ride for a n**gga foreal. "It's no […]