Lebron James And Drake To Become Investors In A.C. Milan 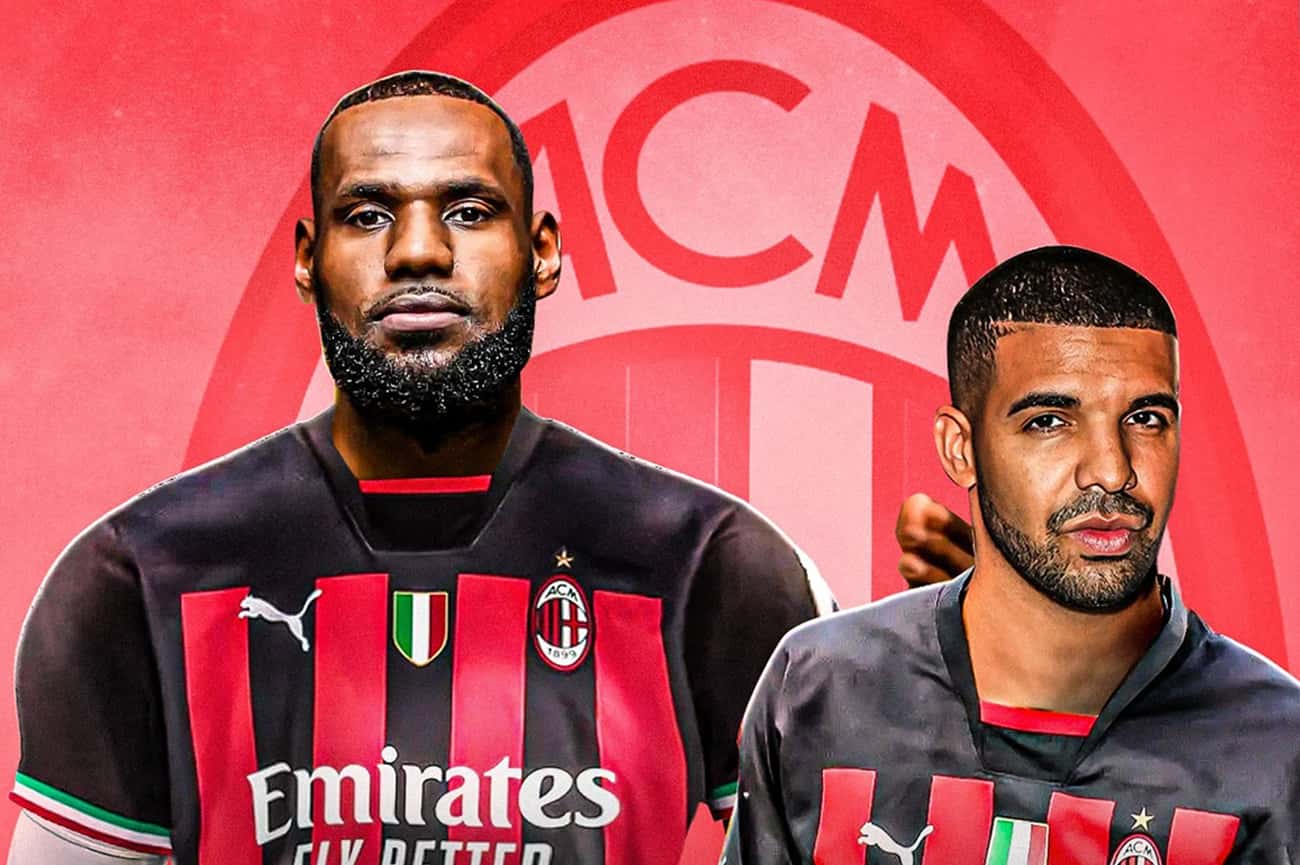 As reported by the Financial Times the deal to purchase Serie A Milan for €1.2 billion (about $1.31 billion) was announced in June by Gerry Cardinale, the founder, and managing partner of RedBird Capital. In an announcement that is expected as early as Wednesday (August 31), Redbird plans to reveal its long-term vision for the storied Italian football club’s future.

In order to finalize the deal, The New York Yankees organization will team up with the legendary co-founder of Interscope Records “Jimmy Iovine”, LeBron James, and Drake’s Main Street Advisors fund—one of many partners involved in this massive venture. However, neither James nor Drake will take a direct stake in AC Milan through the fund; instead, they’ll be passive investors.

Fans of the rap star and football club AC Milan have begun posting videos on Twitter in which they mix footage from matches with music by Drake.

Drake’s new track “Sticky” can be heard playing in the background of the following clip, which shows AC Milan star Rafael Leão.

For more than 30 years, former Italian premier Silvio Berlusconi controlled AC Milan—but he sold it to the Chinese businessman Li Yonghong in April 2017 under the name Rossoneri Sport Investment Luxembourg.

The sale is expected to be finalized by September and Milan will participate in the Champions League for the second straight season, which will have a significant financial impact after failing to qualify for Europe’s elite competition, a tournament in which many of the world’s best soccer teams compete. The team was banned from European competitions for one year after being found guilty of breaking financial monitoring rules.

AC Milan fans are thrilled to have Drake and LeBron James as investors, with one supporter Tweeting: “Welcome to AC Milan Drake & LeBron.” 6ix9ine Girlfriend Jade Arrested After Allegedly Attacking Him In Public

For the past four years, Tekashi 6ix9ine has been dating his longtime girlfriend Rachel Wattley Aka Jade. On Sunday, August 28, 6ix9ine girlfriend Jade was celebrating her sister's birthday when she got into an altercation with the rapper in a club in Miami. The following video footage, obtained by TMZ, shows that 6ix9ine was involved in a heated argument with his girlfriend and another woman outside the nightclub. Apparently, Jade […]