He grew up in a very small Dutch village. In 2000, Heathcliff decided to leave the Netherlands to seek adventure in the east of Spain. 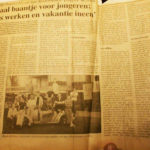 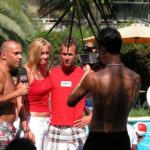 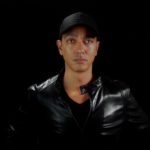 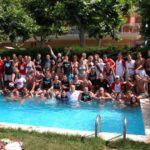 He enjoyed the Spanish culture that he decided to stay longer. After a few months he started working for a local entertainment magazine that did the bookings of influential Dutch celebrities for the high season in the Spanish seaside town.

Heathcliff’s worked as web designer and created sites for local businesses. Over the years he came into contact with many Dutch celebrities. In addition to web design, he worked in the evenings as cameraman for a former popular television program at the TV channel The Music Factory, which was taken over by MTV in 2001.

The entire adventure was recorded on camera and eventually turned into an entertaining docu-real life show with the plot of a group of young people living in a luxury villa and looking for adventure in the Spanish seaside town called ‘Salou’.

In 2004 Heathcliff decided to return to the Netherlands to set up his own company and started working with Dutch celebrities he has collected over the years while staying in Salou.

He has worked closely with White Villa Entertainment, the most successful EDM music production company and record label of Europe. Heathcliff created professional official websites for their clientele. In addition to that, he also worked independently as a cameraman for the Dutch company Decisions, an event organization that mainly organized events in Amsterdam Marcanti.

However, he was not able to get Spain out of his mind and he decided in 2012 to return to the luxury resort Marbella, southern Spain.

Rich The Kid Walks Out Of Nasty Dj Akademiks Interview