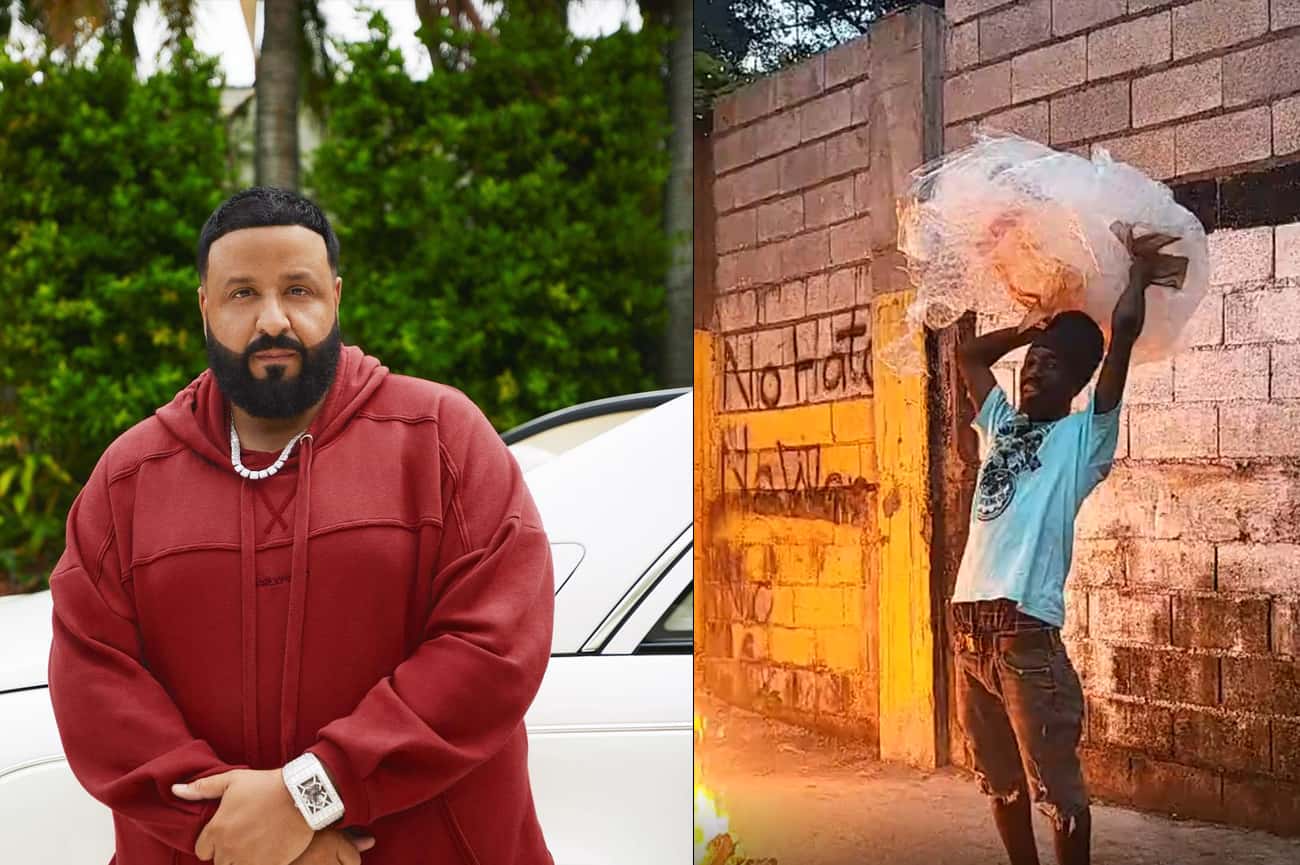 The Jamaican reggae artist Sizzla Kalonji has issued a blistering statement about the American DJ and producer, who recently released his album “God Did.”

Sizzla’s contributions to DJ Khaled‘s last three albums, including the Grammy-nominated “God Did,” have been crucial to their success.

When the Jamaican reggae artist received plaques from DJ Khaled, he was disappointed to see that his own name was written in small, thin letters while DJ Khaled’s name was prominently displayed in large, thick letters. This made him feel disrespected.

“DJ Khaled, man, ya insulted me,” Sizzla said in a video posted to Instagram today on Thursday (December 8). “You insult Jamaica.”

Before setting fire to the plaques, Sizzla removed DJ Khaled’s son’s baby picture from one of the plaques. “Cut out the baby picture!” someone shouted.”

In a second video, Sizzla slams Khaled by saying: “You insulted me, you are not the best, you are the worst”

“Burn the devil, burn corruption. Wrong plaque ya send me. Can’t even see my name”: he said

While the plaques continued to burn, Sizzla filmed DJ Khaled’s son’s picture, which he had previously cut out. He explained that he didn’t want to burn the baby’s picture because children are innocent.

In the last video posted on Instagram, Sizzla and their team continued to express their dissatisfaction with DJ Khaled by burning the plaques he had provided. Instead, they took Khaled’s son’s baby picture and stated that they would rather accept the baby picture as a plaque than the ones they had received from Khaled.

As with any topic, there are varying opinions on social media regarding this incident. Some people agree with Sizzla, while others believe he went too far.

Currently, this incident is the topic of discussion on social media, but DJ Khaled has not yet commented on it. Hip hop is a genre of music that originated in the United States in the 1970s. It is a cultural movement that encompasses not only music, but also dance, art, and fashion. Hip hop has evolved and changed over the years, but at its core, it is a genre that gives a voice to the experiences and struggles of marginalized communities, and allows them to tell their own stories in […]