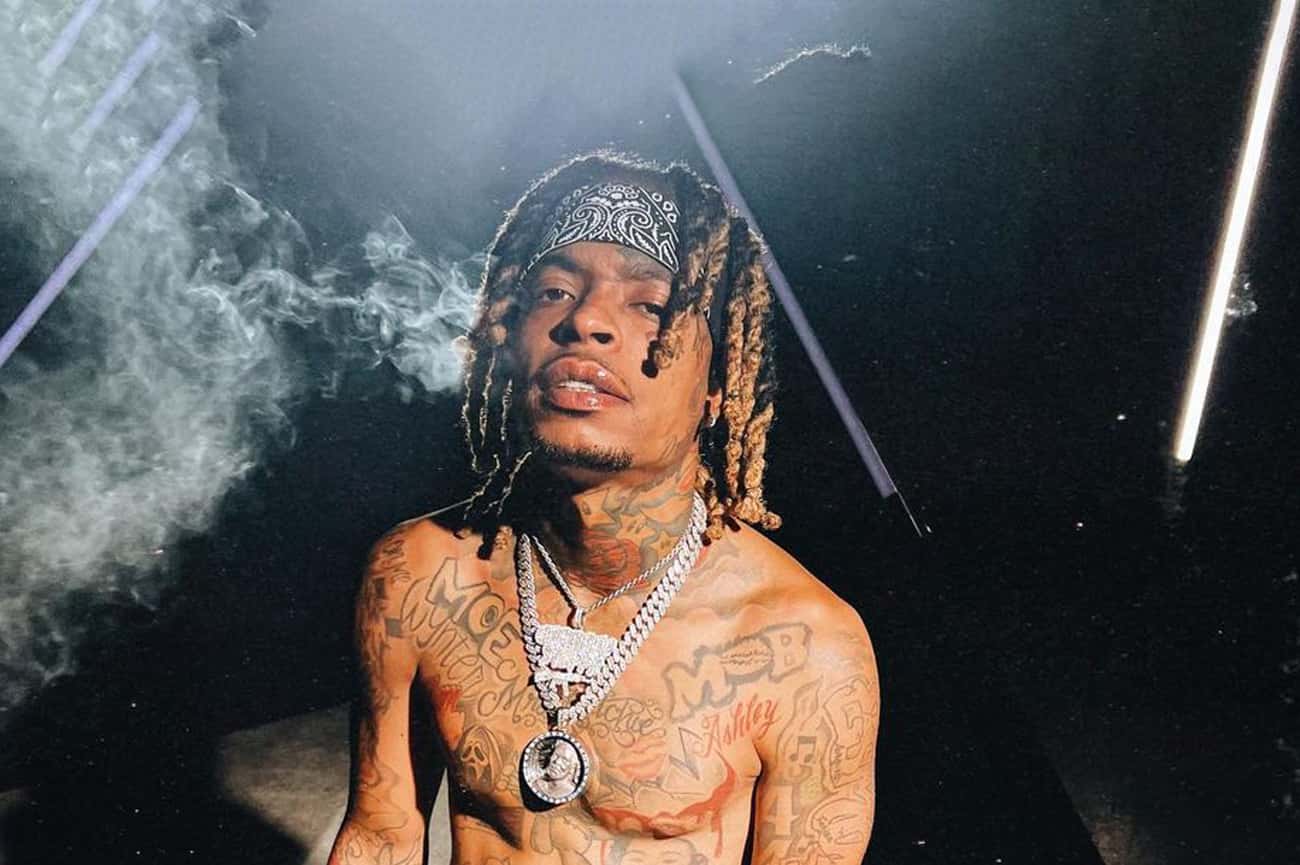 It’s not often that a new artist comes onto the scene and immediately captures the attention of both fans and industry professionals, but that’s exactly what West Coast rapper Spiffie Luciano has done. With his unique style and relatable lyrics, Luciano is quickly making a name for himself in the rap game.

Born Romel Roberson Jr, Luciano grew up in the South Central Crenshaw District of Los Angeles and attended Crenshaw High School. He developed a love for rap at a young age and has been dedicated to perfecting his craft ever since. Tragically, Luciano’s father was murdered on June 7, 2006, when he was just 12 years old, an event that has deeply affected the artist and can be heard in the emotion and pain present in his music.

Despite the challenges he’s faced, Luciano has continued to pursue his passion for rap and has gained a dedicated following as a result. In fact, it was his music that caught the attention of none other than Boosie Badazz, one of Luciano’s idols and a major influence on his career.

Today, Boosie used Twitter to show his support for his artist, Luciano. In a tweet, he wrote: “LA (CALI) Y’ALL GOT ANOTHER STAR @spiffieluciano. LET’S BUILD AND TAKE THIS TO ANOTHER LEVEL!! CAUSE @spiffieluciano IS THE NEW N*GGA IN CALI.”

In an interview with No Jumper, Luciano shared the story of how he and Boosie first connected. After seeing a post on Boosie’s Instagram page with his phone number, Luciano decided to take a chance and reach out for a feature. To his surprise, Boosie’s management responded and a deal was struck for a feature on one of Luciano’s tracks.

After sending over the record, “Hood Stars,” Luciano was blown away by Boosie’s quick turnaround time on his verse. He knew that Boosie must have really connected with the music and, as it turned out, he was right. When Luciano pulled up to the studio for their first meeting, Boosie was already a fan and the two hit it off immediately.

Since then, Luciano and Boosie have worked together on several projects, including a video shoot that took place just the day after their initial meeting. While Boosie has certainly helped boost Luciano’s career, the rapper is quick to point out that it’s his own talent and hard work that has gotten him where he is today.

Recently, Boosie made the decision to sign the highly talented rapper, Spiffie Luciano, to his record label. As a rising star in this generation, Luciano is known for his exceptional talent and dedication to his craft. Boosie recognized these qualities and saw the potential for a successful partnership. With this new partnership, both artists are poised to reach new heights in their careers.

Currently, Luciano and Boosie are hard at work in the studio, creating new music that fans are eagerly anticipating. Recently, Luciano shared a video snippet of the two collaborating in the studio on a new album. It is clear that the duo is dedicated to delivering top-quality music to their fans.

Luciano took to Twitter to share his excitement about the progress he and Boosie are making on their new album. He tweeted, “Brung the new year in wit my big bro making a classic. Best feelin Eva!! 2023 lookin so good for me. Thank You God. Me and Boosie album on the way.”

At Dilemaradio, we can’t wait to broadcast the new album on our global radio station, and we are confident that our listeners will love it as well.

In the years since he first connected with Boosie, Luciano has released several highly-acclaimed projects, including his latest project, “Unappreciated.” The EP has gained Dilemaradio’s attention which has begun rotating Luciano’s music on the station.

The Los Angeles native has been a fixture in the rap scene for some time, but it is only now that he is beginning to receive the recognition he deserves. As one of the first LA rappers to create mixtapes featuring a variety of artists, Luciano has always been one to collaborate and help shine a light on up-and-coming talent. Despite his contributions, however, he has never received the credit he deserves.

Throughout his career, Luciano has worked with a range of talented artists including Blxt, Pacman Da Gunman, Mozzy, G Perico, $tupid Young, and NBA YoungBoy. However, as he states in his caption, “It is my turn.” It seems that Luciano is finally ready to take the spotlight and receive the recognition he has long been deserving of. With a dedication to collaboration and a drive to help others succeed, it’s no wonder that Luciano is poised to make a big impact in the rap game.

It’s clear that Luciano is an artist to watch out for. With his emotionally charged lyrics and unique style, he is quickly making a name for himself in the music industry. If you haven’t already, be sure to check out his music and see what all the buzz is about. The hip-hop community is mourning the sudden loss of Gangsta Boo, real name Lola Chantrell Mitchell, a pioneering female rapper and former member of the iconic group Three Six Mafia. She was found deceased in Memphis on Sunday afternoon, January 1st, at 4 pm at the age of 43. Gangsta Boo first made a name for herself in the rap scene in the late 1990s as a member of Three […]