The Social Media Feud Between Yung Miami And DJ Akademiks 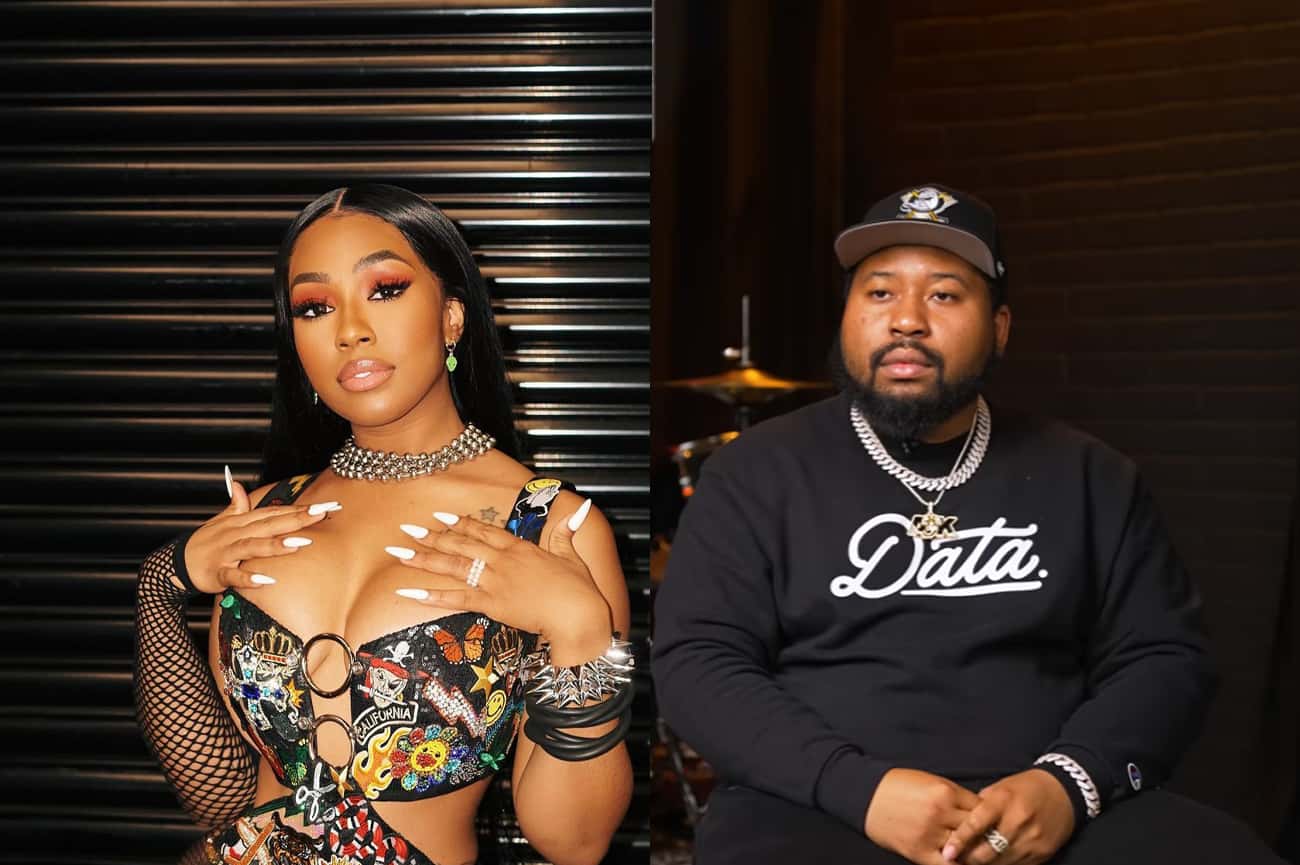 Yung Miami and DJ Akademiks have been engaged in a social media feud over the past few days, reportedly sparked by Diddy‘s recent announcement that he has become a father to a baby girl.

On December 10, Diddy announced via Instagram that he had become a father for the seventh time. He has named his daughter Love Sean Combs.

“I’m so blessed to welcome my baby girl Love Sean Combs to the world. Mama Combs, Quincy, Justin, Christian, Chance, D’Lila, Jessie, and myself all love you so much! God is the Greatest!: he captions.

The feud between the City Girls member and the popular social media personality started when Akademiks tweeted about Diddy’s recent announcement that he had welcomed a baby girl into the world.

In his tweet, Akademiks insinuated that Diddy had multiple girlfriends, including Yung Miami, and referred to her as his “side chick”.

“Diddy different… my n*gga done f*cked around and had a side baby on his harem of side chicks. Brother Love a real 1:” he wrote.”

Yung Miami also known as Caresha who has been dating Diddy for some time now, was not amused by Akademiks’ comments and took to Twitter to slam him for it. In a series of tweets, Yung Miami called out Akademiks for his disrespectful and inappropriate comments.

In response to Akademiks’ tweet, Caresha fired back with the following message: “I’m nobody side b*tch. Let’s just make this clear on this good Monday! I don’t come 2nd to no b*tch.”

“Akademiks my name ain’t d*ck so keep it out your mouth!!! You the type of n*gga my uncle doing a life sentence for b*tch ass n*gga!: she continued.

Caresha did not stop with just a few tweets in response to DJ Akademiks’ comments. She continued to engage in a social media feud with him, posting a series of tweets.

“Diddy won’t even look half of y’all b*tches way! Majority of y’all praying upon a falling star b*tch plsssss!!!!”

In her final tweet on the subject, Caresha stated: “It’s cool for a MAN to constantly harass me online, that I don’t know. He did the same thing when my car was shot up. He laughed when I almost lost my life. Find someone else to play with. I will react however tf I want to.”

It was only a matter of time before Akademiks responded to Yung Miami’s tweets. As expected, he took to social media to defend himself and his comments, and the two personalities continued to engage in a back-and-forth argument.

In response to Yung Miami’s tweets Akadmiks replied: “Brother love must have left Yung Miami message questioning him on read.. cuz she got all the time to be on Twitter mad I called her a side chick..”

“Misdirected anger… Brother Love wouldn’t approve of this behavior. I aint the one that had a side baby on yall…relax.”

The social media personality went on: “Yung Miami mad at me for pointing out the obvious..u said u and that n*gga go together real bad… that n*gga had another baby with another woman. U the side chick. Don’t get mad now. At least u get hella gifts. Live ur life queen. Also, u tell us ur business lol of course we gon comment.”

In one of his many tweets about Diddy’s newborn baby girl, Akademiks wrote: “Nick Canon women would never…be having a mental breakdown. The day when he announces a new baby. I’m just saying…Straighten up. Yall be knowing what yall sign up for.”

Caresha replied to Akademik’s tweet with the following statement: “Who having a mental breakdown? You talking on me ponk!”

“I’m tryna figure out when was I mad or having a mental breakdown. B*tch I’m in Lala land with my feet up smelling my flowers. Yall mad. You the one screaming at your screen calling me out my name ponk!

Having argued with the City Girl for a while, Akademiks became tired of it. So he tweeted that he was no longer trying to argue with her: “I’m not trying to argue with you. I’m praying for your healing cuz right now you sounding like someone who found out the news via TMZ just like everybody else. I’ll send my prayers. Love you hun.”

The feud between Careshai and Akademiks came to an end when the City Girl tweeted, “I’m tired of you hoe “SHUT UP.”

It has been revealed that 28-year-old cyber-security expert Dana Tran, from Southern California, is the mother of Diddy’s new baby girl. The child, named Love Sean Combs, was born on October 15 in Newport Beach, California.

Meanwhile, Diddy has responded to Akademiks’s comment about Young Miami by saying that she is not just one of his “side chicks”; instead she “is very important and special” to him.

“Yungmiami is not my side chick. Never has been, never will be. She’s very important and special to me, and I don’t play about my Shawty Wop. I don’t discuss things on the internet and I will not start today.”

Akademiks better watch his mouth before Diddy comes knocking at his crib.

“So think what you want. But know that if you do something to hurt mine, I’m gonna come to your house and we’re gonna talk about it like human beings. LOVE.” On Sunday night, December 11, Elon Musk was invited on stage by stand-up comedian Dave Chappelle during his show at the Chase Center in San Francisco. However, when Chappelle introduced Musk as "the richest man in the world," the audience began to boo and whistle. Musk looked visibly uncomfortable as the boos and whistles continued, shrugging his shoulders and appearing to be confused as to why he was being met […]