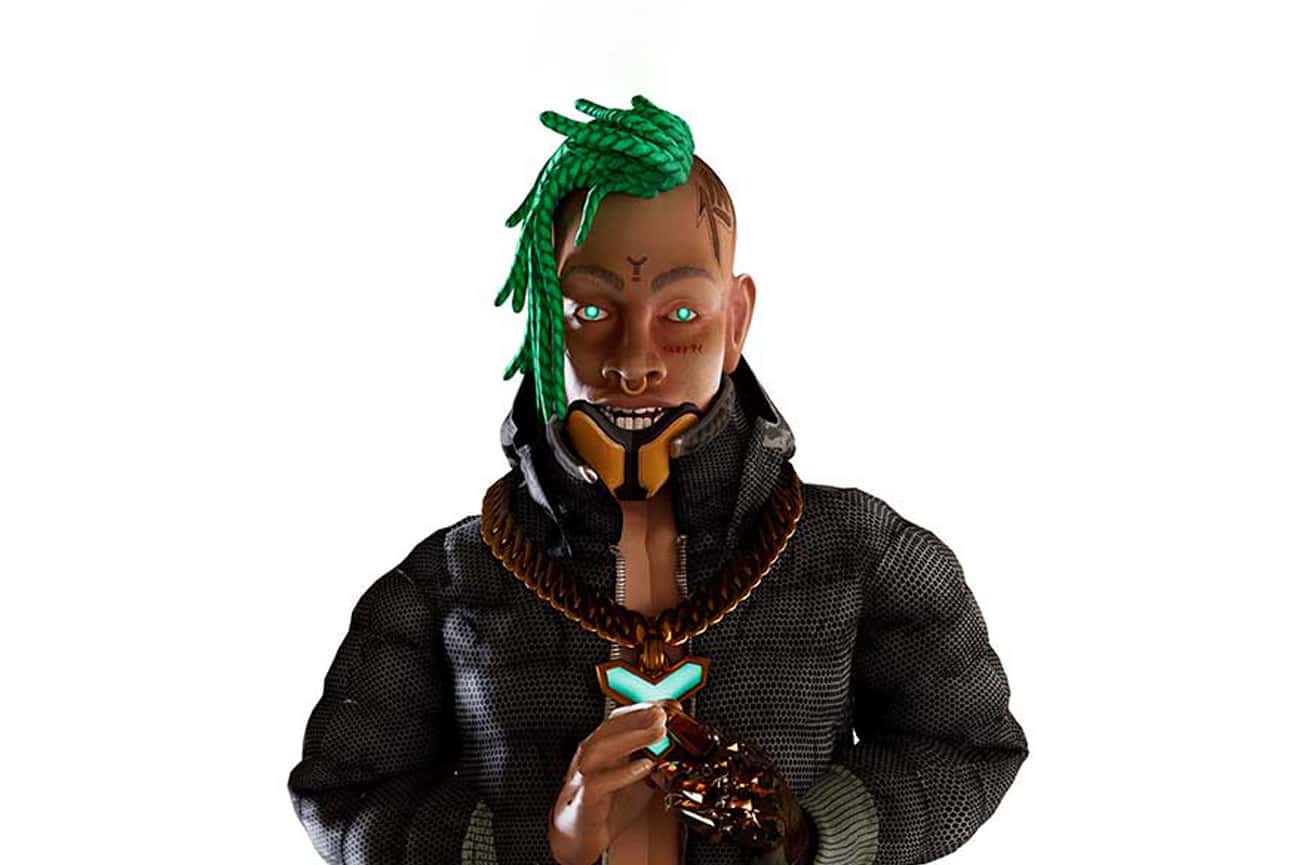 The world is changing. Artificial intelligence is taking over, and there’s nothing we can do about it.

This is not just an abstract social experiment. It’s an indicator that we’re entering an era where all kinds of things are possible—and it’s happening right now!

Artificial intelligence has never sounded so human. An animated character, known as FN Meka, is the first AI program to be signed by a major record label—and it’s making headlines.

FN Meka has made headlines for being the first of his kind to be given a record deal. And at the center of this news lies a question: what does it mean for the music industry or for artists when an artificial intelligence robot can get signed?

On August 12, 2022, Captial Records announced that they signed the animated character — the first time ever that an AI robot rapper has ever been signed to such a major label.

This signing shows how much money is being poured into developing new technology in order to compete with humans/real artists in their field. It also raises questions about whether or not we should let machines create art at all.

The AI rapper FN Meka, which has over 10 million followers on TikTok, was created by Anthony Martini and Brandon Le, who together founded the “virtual record label” Factory New. The creators wanted something that would look cool and be fun to watch, so they decided to use thousands of data points compiled from video games and social media to create this AI that can sing, rap, and make human-like facial expressions—all while existing in the virtual world.

The animated character has over 10 million followers on Tik Tok and his song, “Florida Water” featuring Gunna released one week ago, already surpassed 1.2 million streams on Spotify — which raises the question of how they managed to build such a large following so quickly: were their followers and streams grown organically, or was there some form of manipulation involved?

Although Meka is currently considered ‘popular’, controversy has arisen over the use of the N-word in multiple songs performed by this AI character. Capital Records was quick to apologize to the Black community for FN Meka’s use of the N-word after being called out by the Black activist group named “Industry Blackout.”

The non-profit organization “Industry Blackout” is working for justice in the music industry and released a statement in which it referred to FN Meka as “offensive” and “a clear disrespect to the Black community.

“It has come to our attention that your company has decided to partner with Factory New on signing the artificially designed “rapper” FN Meka, while we applaud innovation in tech that connects listeners to music and enhances.

In the experience, we find fault in the lack of awareness of how offensive this caricature is. It is a direct insult to the Black community and our culture. An amalgamation of gross stereotypes, and appropriative mannerism that derives from Black artists, complete with slurs infused in lyrics.

The digital effigy is a careless abomination and disrespectful to real people who face real consequences in real life. For example, Gunna a Black artist who is featured on a song with FN Meka is currently incarcerated for rapping the same type of lyrics this robot mimics. The difference is your artificial rapper will not be subject to federal charges for such.

For your company to approve this shows a serious lack of diversity and a resounding amount of tone-deaf leadership, this is simply unacceptable and will not be tolerated.

We demand this partnership be terminated, a formal public apology is issued, and FN Meka removed from all platforms. Furthermore, all monies spent by Capitol Records and Factory New for this project will be allocated to charitable organizations that directly support Black youth in the arts as well as marketing budgets for Black artists signed to Capitol Records.
We look forward to your response and compliance.”

The major record label came under fire for signing this AI character named FN Meka, who many people characterized as racist due to his usage of racial slurs. The song lyrics were offensive and inappropriate, given their combination of negative stereotypes with slurs and acts of cultural exploitation.

Capitol Records said on Tuesday that it had “cut ties with the FN Meka project, effective immediately” in response to a video showing Meka being brutally abused by a police officer while in custody.

The creator Martini responded to the video about the AI character being beaten by police: “Some of the early content, if you take it out of context, it obviously looks worse or different than it was intended.”

Capital Records said in a statement: “We offer our deepest apologies to the Black community for our insensitivity in signing this project without asking enough questions about equity and the creative process behind it,” the statement read. “We thank those who have reached out to us with constructive feedback in the past couple of days – your input was invaluable as we came to the decision to end our association with the project.”

According to the creator, Anthony Martini Mekas’ voice is supplied by an unnamed human Black man, while his music and lyrics are composed by a computer program that analyzes popular songs.

The Dilemaradio team says, “In the end, people want to connect with real artists. FN Meka doesn’t sound unique— in fact, he sounds exactly like 6ix9ine.” The Game has responded to claims made by his manager Wack 100 that he removed NBA YoungBoy song "O.P.P." from the DRILLMATIC album due to a high feature price. During the Clubhouse podcast Wack 100, claimed that YoungBoy initially charged $300.000 for a feature but came down to accept an offer of $150.000. However, they were unable to afford it and had to remove him from the project. When asking […]