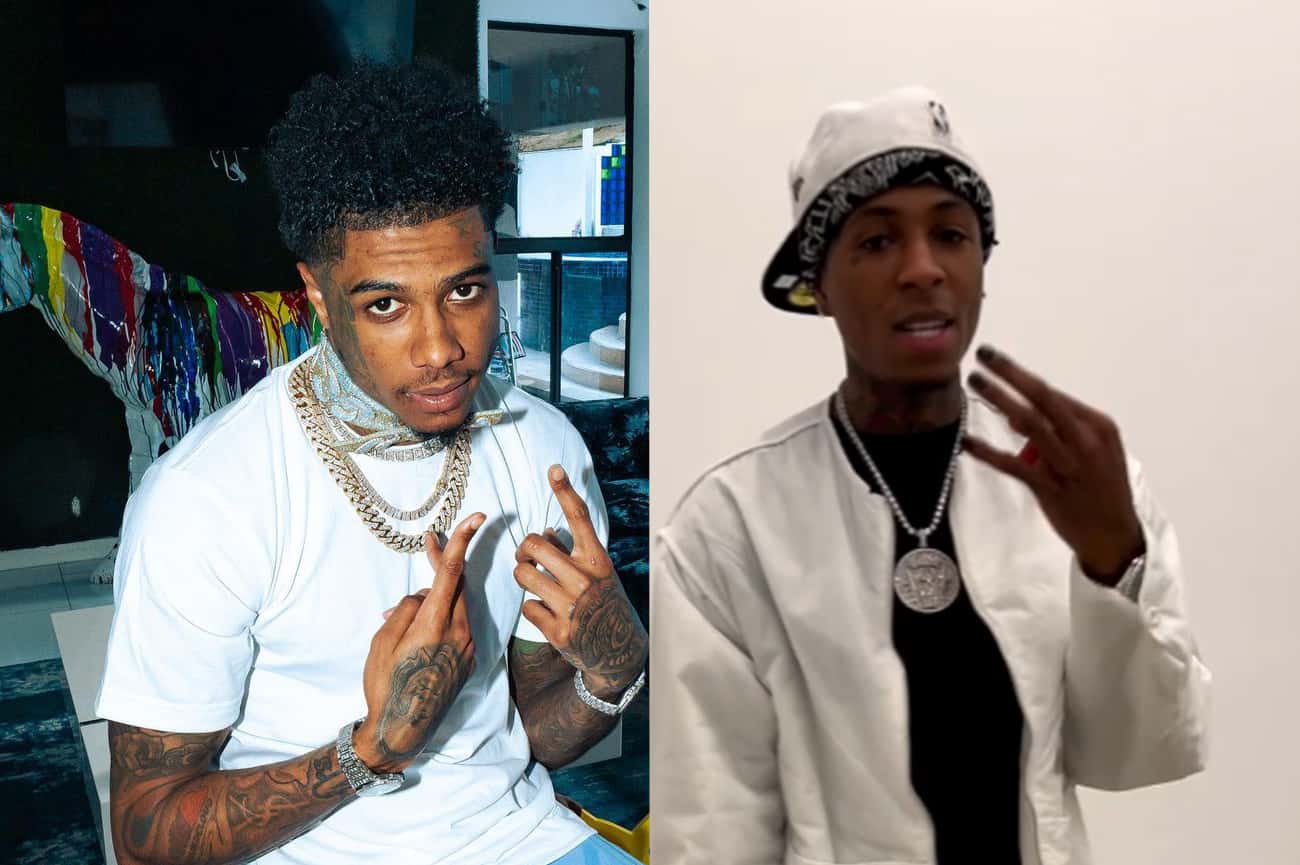 On December 8, NBA YoungBoy announced a new radio talk show on Amazon’s Amp platform, inviting other rappers to join him in live conversations. Recently, Blueface was a guest on the show, joining YoungBoy in a candid and engaging conversation.

Throughout the talk show, the two rappers discussed a range of topics, including their own experiences in the music industry and their thoughts on the social media beef between YoungBoy and Bobby Shmurda.

“I ain’t never had no beef with that n*gga. I just wanted to let you know he sounded like a bitch making no sense”: YoungBoy said.

During the live chat conversation, Youngboy explained that he never had any beef with Shmurda, and he does not want to engage in arguments or conflicts on social media because it can lead to being “framed” and potentially ending up in jail.

The “Thotiana” rapper argued that once Shmurda treated YounBoy publicly on social media, the possibility of a friendship was no longer on the table.

Blueface said: “If that’s what you was going for, I respect that but I’m just telling you how I seen it. It went from I’m gonna boom you to let’s be friends.”

Youngboy agreed but added that he wants to stay out of any potential conflicts because he has seen how easily people can be “framed” and end up in jail. He also mentioned that Bobby may need help and that the legal system can be unfair.

“I’m gonna stay out your way bro. I’m gonna stay the f*ck out way. Because I see they stuck your stupid ass in jail”: Youngboy said.

Blueface expressed his understanding of Youngboy’s stance but also emphasized the importance of standing up for oneself when threatened. Youngboy acknowledged Blueface’s perspective but reiterated his desire to avoid conflicts or arguments on social media to avoid the risk of incarceration.

Both Blueface and YoungBoy shared their thoughts on the criminal justice system, with YoungBoy expressing his belief that it is often used to frame people. The two rappers also talked about their desire to move past negativity and focus on positive things in their lives and careers.

Throughout the conversation, both Blueface and Youngboy highlighted the dangers of getting caught up in conflicts and the importance of being cautious with one’s words and actions on social media. They also shed light on the issue of “framing” and the challenges of navigating the legal system. Overall, the conversation serves as a reminder of the need to be mindful of one’s actions and words online, as well as the value of staying out of conflicts that could lead to negative consequences. Recently, Bobby Shmurda took to his Instagram Live to share his thoughts on the music industry and his experiences as a rapper. In the video, Shmurda stated that he no longer wants to be named a rapper. Shmurda explained that the industry can be "nasty" and manipulative and that labels often try to control and exploit artists, especially those who come from disadvantaged backgrounds. The Brooklyn native also touched on […]