Is NLE Choppa a Vegetarian? 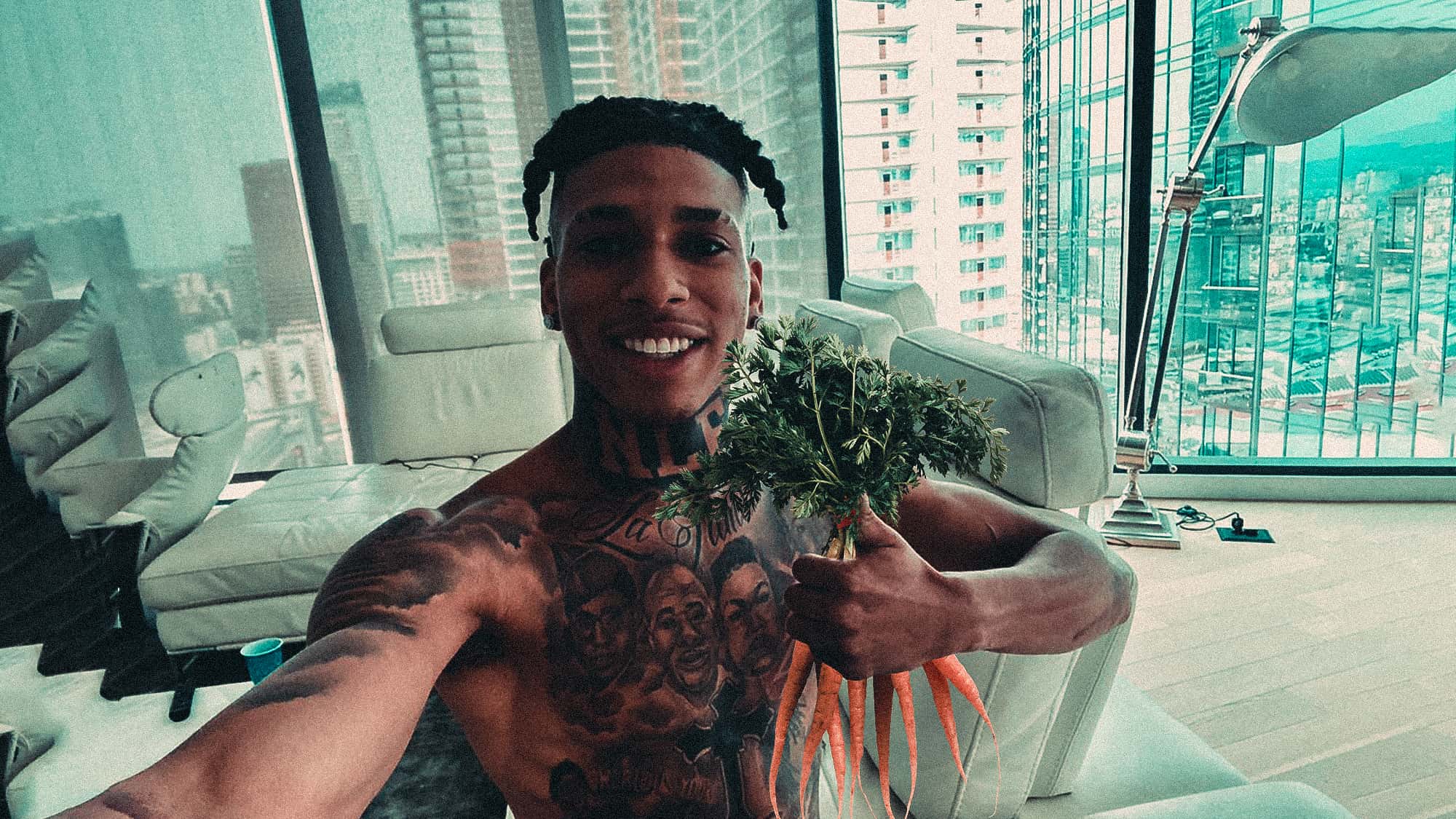 Do you know someone who is a vegetarian? Healthy eating is becoming more and more popular in the Hip Hop industry. Is NLE Choppa a vegetarian?

Yes, NLE Choppa has been a vegetarian since August 2020 because of always feeling tired after consuming meat. NLE Choppa’s vegan food truck drives through Memphis to educate residents about vegetables. According to NLE Choppa, better food is good for reducing crime.

After turning to veganism NLE Choppa launches his own vegan food truck “NLE’s This Can’t Be Vegan” in his hometown of Memphis. In an exclusive interview of begin February 2021 with The Beet, the rapper explained how his life as a vegetarian started.

How did NLE Choppa became a vegetarian?

It seems that NLE Choppa is very spiritual. He explains to the host Jermaine Dupri that he meditates a lot, which gives him more energy. After the meditation session he started to consume some meat, as a result he started to feel extremely exhausted and his mindset goes into reset.

NLE Choppa explains to Jermaine Dupri: “Now I go eat some chicken or a burger or some shit and I get back to being tired.”

“My mindset gets back to the state of mind I was in before I meditated,” the rapper continued.

This was the wake up call for NLE Choppa to go vegan.

The rapper got the awakening that certain foods are not good for his body and mind. The negative effect has given him the push to visit the nearest vegetarian restaurant, since then the rapper has never touched meat again.

He believes that you also consume the state of the animal which affects your body. Animals in a slaughterhouse go through tremendous stress through fear and pain before it ends up on the plate. Ultimately, you eat what you are, says the rapper.

NLE Choppa makes a good point, in the video below you can see how the food is prepared before it ends up on your plate.

The rapper says he noticed the lack of vegan options in Memphis. Urging the 18-year-old rapper to change things.

“Memphis, I feel like, is a place where vegan food is needed the most ’cause I know, just by getting our hands on better food will change the thought process,” he said in a video on Twitter.

“Possibly the crime rate will go down, scholars will go up, anything. Bro, I have a vegan food truck that will be mobile across the city, from hood to hood, suburb to suburb.”

Watch the full interview with NLE Choppa and The Beet below.

Not only NLE Choppa but also Jermaine Dupri wants you to become vegan. Dupri is a long-time vegan he has been a vegan for the last 15 years. When Dupri was heading down the vegan road, he found the lack of educational resources to be troubling, which is partly why he linked up with The Beet.

“I feel like it’s very important that we have these things that help people,” he explains. “I needed them. I still need them when I’m out traveling and doing things. A lot of people don’t have this stuff, so I felt like it was important to try to put as much as I could into helping people find and eat the way they need to.”

Dupri’s mission with The Beet is simple: “I feel like people have a space and a place where they can actually use and they can go to learn. And this will be the No. 1 resource for plant-based eating, you know what I mean? Once the world sees that, I’ve done my job, I guess. Then it’s on to my next mission.”

The rapper named it that way because it will be the old Choppa versus the new Choppa. NLE is going to drop 6 old songs, especially for his fans and 6 new songs that he has recorded over the past few months. 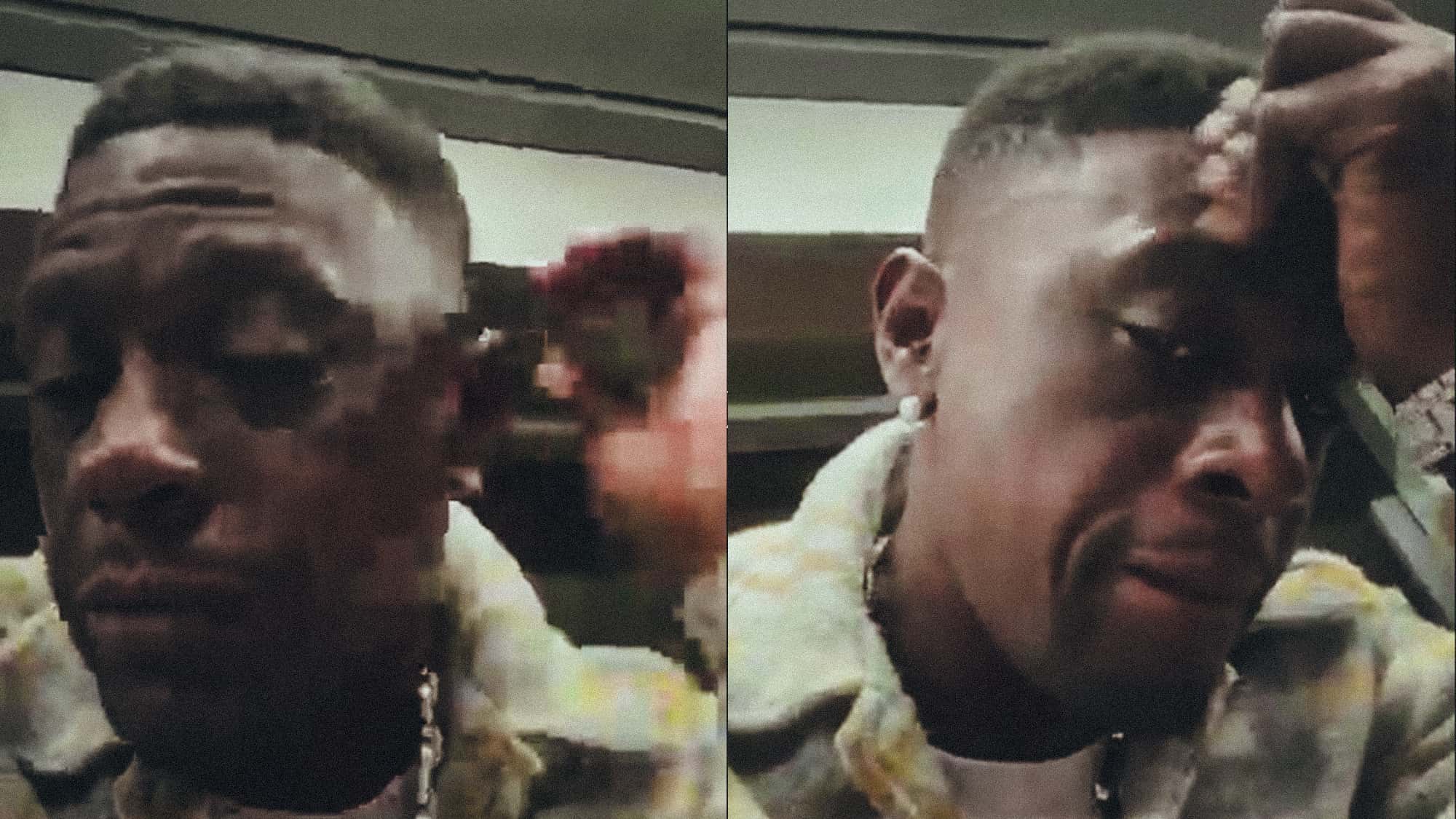