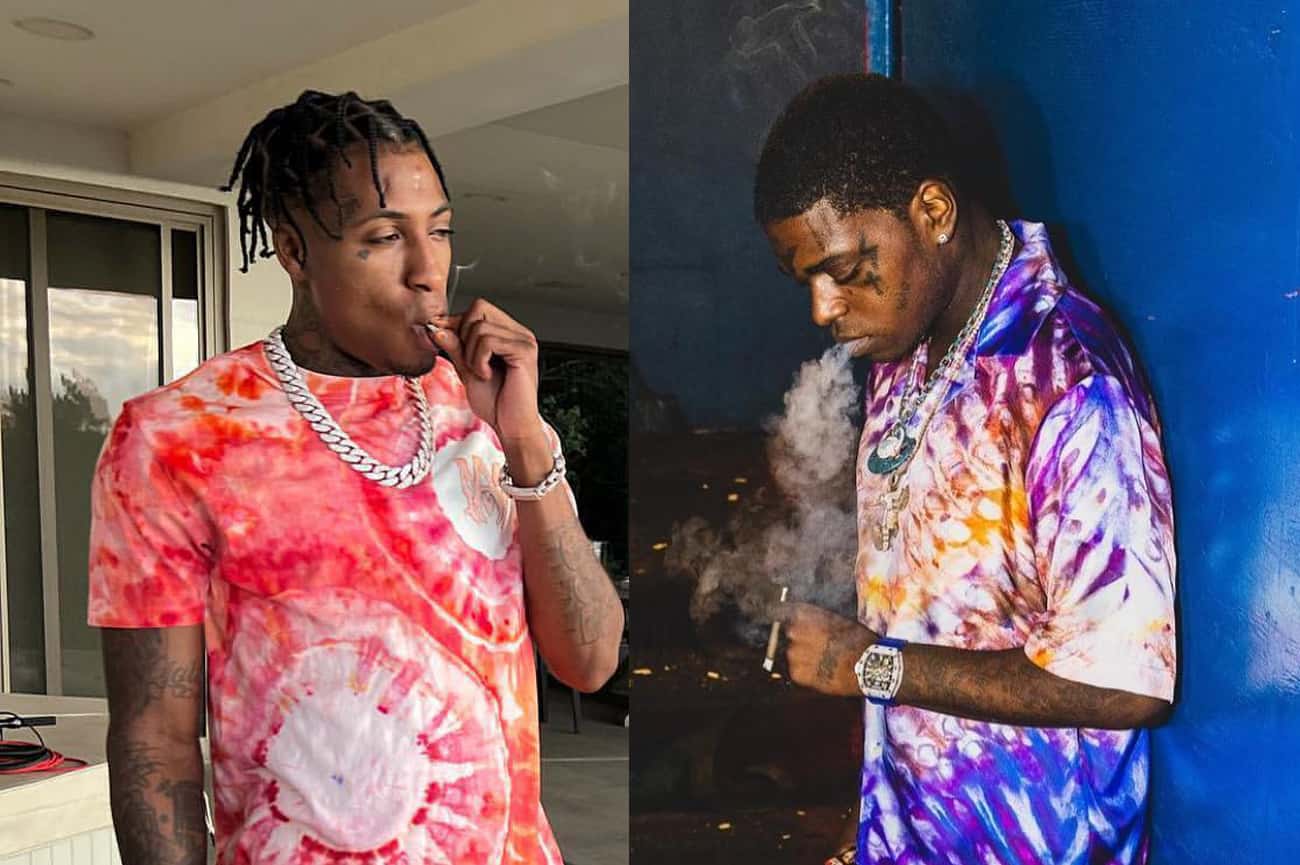 After being publicly called out by NBA YoungBoy, Kodak Black has deactivated his social media accounts.

Before deactivating his accounts, NBA YoungBoy shared the following message: “To be honest I really don’t care about this being my last album. I finally can say I completed something. I ain’t finish school. I never finish nothing but my smoke… but nah gangster I then shedded tears from the way y’all been doing me but it’s all for the better. Tell li Dave and my grandma I completed something and I’m doing fine.”

In the last line of his tweet, YoungBoy targeted Kodak with the following message: “Ps. you don’t like my fans I don’t like you ‘pussy’ #TLS.”

YoungBoy’s post to Yak was in response to a series of actions and tweets by Kodak that targeted YoungBoy’s fans.

Kodak Black took to Twitter on August 6 and wrote:” ITS JUST THIS N**GGS FANS HOMIE! OR WHOEVER TF BEHIND ALL THIS #YBBETTER SHIT. THAT S BE IRRITATING AND CANT NOBODY ELSE SAY THEY DONT FEEL ME, A N**GGA TOO REAL I AINT HATING ON NO FUCKIN BODY I JUST SAY WHAT EVERYBODY ELSE SCARED TO SAY

On July 27, a recording of a conversation Kodak Black had with a select group of fans was leaked online, concerning NBA YoungBoy.

During the chat, Kodak Black suggested hashtags to fans so they would spread them on social media in order to manipulate the algorithm and beat NBA YoungBoy’s popularity.

Yak didn’t stop there; he continued to lash out on social media, saying that YoungBoy was paying spam bots.

It’s no secret that artists are paying for spam bots, but now Yak is admitting to it. He says the same person who did it for him now works for YoungBoy while he was in prison.

The Florida native tweeted: “Ain’t Nobody Finna Jus Be Commenting & Doing Dat S** Everywhere Like Dat Keep It Real N**! Dem People Paying Robots To Spam N**ggs Pages Wit Fake Usernames & S** Homie! The Same Cracka Who Was Working For Me, Work For Him Now He Left When I Went To Prison!”

YoungBoy has repeatedly stated that he does not like social media and knows that these platforms can be very toxic and fake. Therefore, he only activates his account when promoting something important—otherwise keeping them disabled.

After Kodak made his statements online against YoungBoy, he deactivated all of his social media accounts in an attempt to avoid more heat from YoungBoy’s fans.

Yak has admitted to having used bots and isn’t lying about it because spam bots can be used to artificially boost popularity. After all, the music industry—and politics in particular—has a reputation for using such tactics to manipulate people.

Spam bots are often used to promote not only artists but also politicians. These can be problematic because they show how easily people can be manipulated into liking someone or something, even if the person or the subject they support doesn’t deserve their attention.

But what’s even more troubling is that people are buying into this manipulation of the system without even knowing it.

When WAP by Cardi B and Megan Thee Stallion came out, Dilemaradio received dozens of spam messages and tweets asking the station to play the WAP song on his radio show. It was no surprise that these requests were from bots—not only had they gotten similar requests but it also seemed strange that all these people would want to hear the same song at once.

The radio station was bombarded by thousands of spam bots requesting to hear the WAP song for several weeks in a row. It wouldn’t be surprising if other radio stations were also hit with the same issue.

These kinds of spam bots are programmed to harass streaming services and radio stations with the requests to play a particular song or just to manipulate the algorithm to become trendy.

“Don’t just follow the crowd,” Dilemaradio said. “Be yourself and don’t be influenced by others.”The fact that a video or account has millions of views or followers does not necessarily mean it is good, because any piece of social media can be bought manipulated (followers, views, streams, news, media, and so on) to boost numbers or popularity.