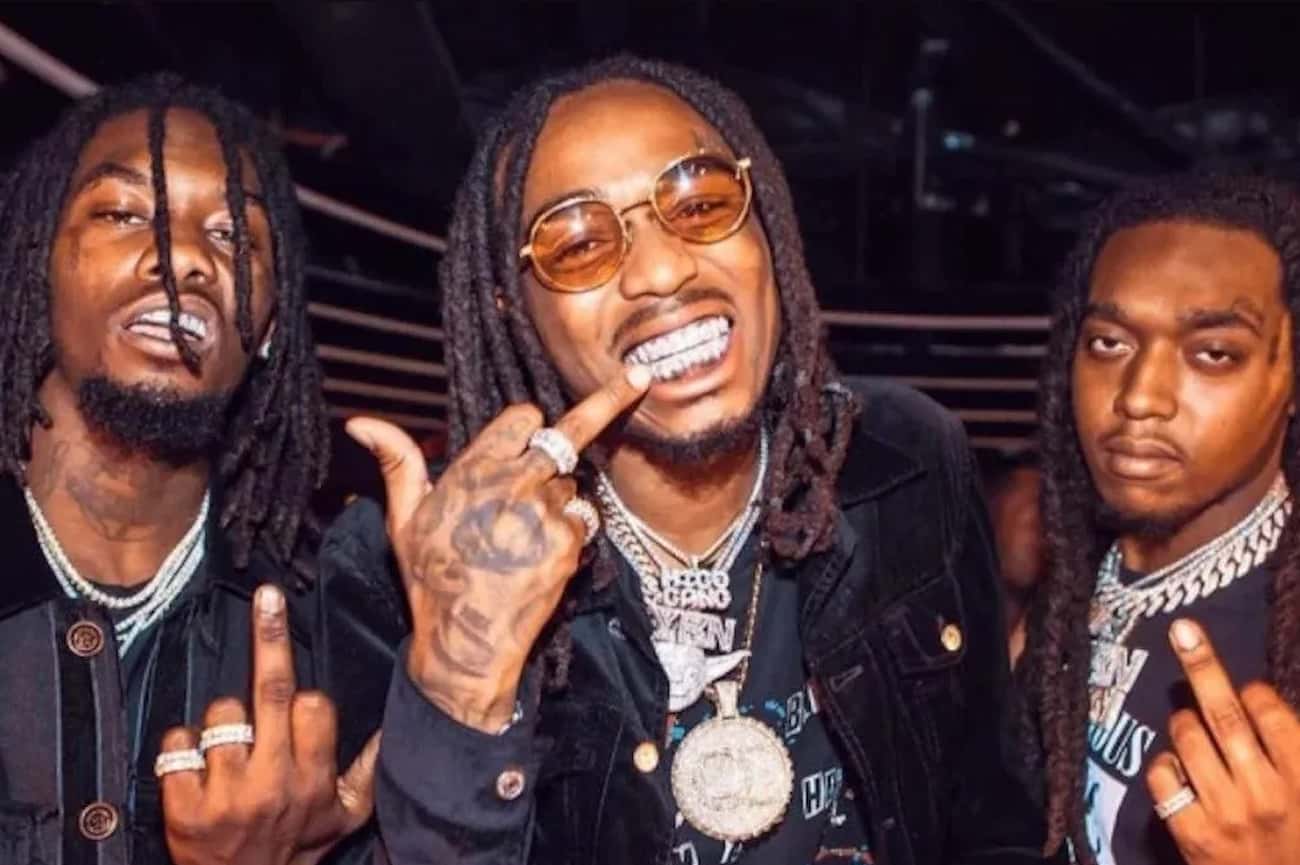 Offset & Cardi B Unfollow Quavo And Takeoff On Social Media

Looks like the Migos may have split up for good.

This week, fans of the Migos were shocked to learn that Offset and Cardi B unfollowed Quavo and Takeoff on social media.

Originally, the Atlanta rappers were known as the Polo Club. Quavo is Takeoff’s uncle, while Offset is Quavo’s cousin. The three members are connected and were grown together.

But it turns out that Offset unfollowing his mates wasn’t the only clue: Quavo and Takeoff also announced their debut on Instagram as “Unc and Phew” via a new tune named “Hotel Lobby,” which will be released this Friday midnight, May 20.

The artwork for the song was also revealed by Quavo on his Instagram account: “Unc And Phew Presents The Hotel Lobby Friday!”

As shown on Instagram, “Hotel Lobby” is followed with a video that appears to be based on the classic film Fear and Loathing in Las Vegas from the 1990s.

Quavo wrote on his IG: “Road Trip To The Hotel Lobby Friday!”

Previously, the trio appeared to be as tight as any hip-hop group, with all three members recording solo and group albums, including Culture III which was released in 2021.

Quavo announced intentions for a solo album and hinted a Migos tour in October, but no dates were ever announced.

A twitter user by the name of Kurcco posted on May 18: “Offset & Cardi B are not longer following Quavo & Takeoff on IG”

Migo fans were worried after the tweet went viral.

While some fans believed the separation was planned as a promotion act, others were saddened by the possibility of the group breaking up.

The “WAP”star has been pretty quiet on the new Unc and Phew headlines, however she did tweeted that she was on a social media cleanse. She tweeted that she unfollowed certain accounts by accident.

Cadi B tweet “I should of did a screen recording of the pages I unfollowed cause now I’m trying to follow back and don’t remember the @ names.”

Fans are now wondering if Migos will ever get back together, or if there is any hope for reconciliation between Offset and his fellow rappers. One thing is certain: If you’re looking for answers, you’ll need to listen to “Hotel Lobby.” DID or DIDN'T Megan Thee Stallion Erase Cara Delevingne From The Picture Megan Thee Stallion has uploaded a photo of her and Doja Cat posing together, with Cara Delevingne cut out, from a fan account. Doja Cat was sitting in front of Megan and Cara in the original photograph, which was uploaded on photo database Getty Images. During the carpet photo shoot Cara jumped into the shot and picked up […]