Takeoff’s Killer Arrested: DJ Pat Has Been Charged With Murder 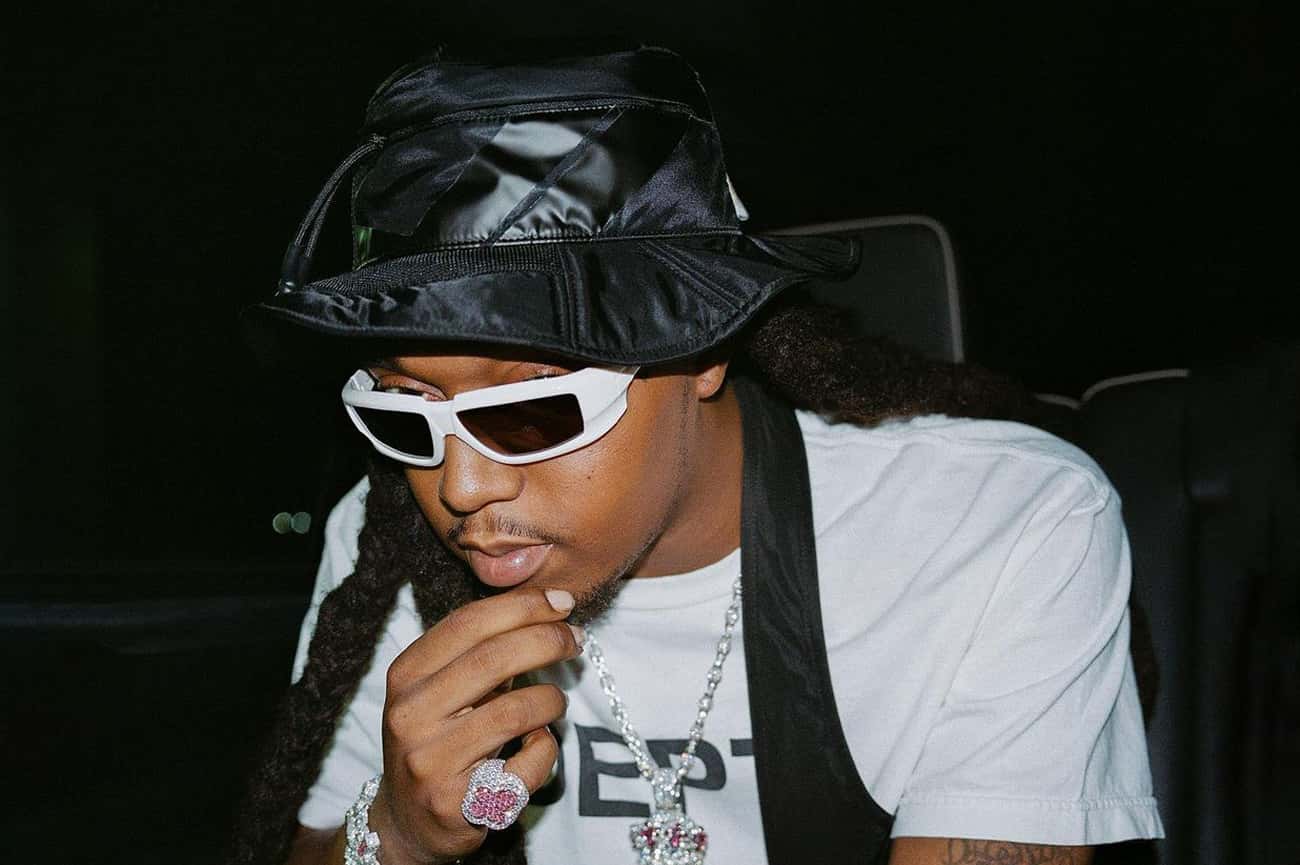 On Friday (Dec 2), the Houston Police Department announced a new arrest in the murder case of Takeoff.

The 33-year-old DJ Pat was arrested yesterday evening at the 14700 block of Sterling Green Blvd. Located on the east side of Texas and charged with the murder of Takeoff.

The man accused of murdering Takeoff had tried to obtain an emergency passport and even booked a flight to Mexico, according to court records. After the police apprehended him, they found he was carrying a large amount of cash—proof that Clark aka DJ Pat would try fleeing if released on bond, prosecutors allege.

Houston police chief Finne declared: “We have a special relationship with the city of Atlanta and want to make sure that stays intact. I want to thank them, the family, and everybody else for their patience in allowing us to work through this.”

“We made a promise that we would get the individual responsible for Takeoff’s murder in custody”: he added.

This is a new development in a case that has seen multiple arrests since November 22 when 22 years old Joshua Cameron also known as Lil Cam was taken into custody for unlawful carry of a weapon after being found with a gun near the scene where Takeoff died from penetrating gunshot wounds to his head and torso.

Houston Mayor Sylvester Turner commented on the arrest of the suspect in connection with the murder of rapper Takeoff.

Turner said: “He was more than an entertainer, he was a son, a brother, cousin, and a friend and a mentor to those in the music industry. At that time we also asked witnesses to help police identify Takeoff’s killer and prevent more violence from happening in retaliation.”

The mayor added: “I am glad that the suspect has been arrested and charged with Takeoff’s death. I think we’re bringing some comfort to the family though it does not bring takeoff back.”

On November 1, the former Migos member ‘Takeoff’ was shot during a party at 810 Billiards and Bowling Alley in Atlanta. While an argument broke out over dice games on the pool table, Takeoff was standing nearby when multiple shots were fired hitting him in his head and torso. Although he had not been involved with playing any of these dice games—and had not been gambling at all that night—he, unfortunately, happened to be standing near them as this unfolded.

On the eleventh day of November 2022, fans gathered in Atlanta to celebrate rapper Takeoff’s life and mourn his death. On social media, Atlantic Records has been exposed for using bots to boost their YouTube stats. It's amazing that they're tackling this issue; it's a big hypocrisy considering almost everybody in the music industry is doing the same thing! Recently, allegations have emerged that Atlantic Records has artificially inflated the number of views and likes on YouTube music videos by their artists. Among those accused are Don Toliver, Lil Uzi […]