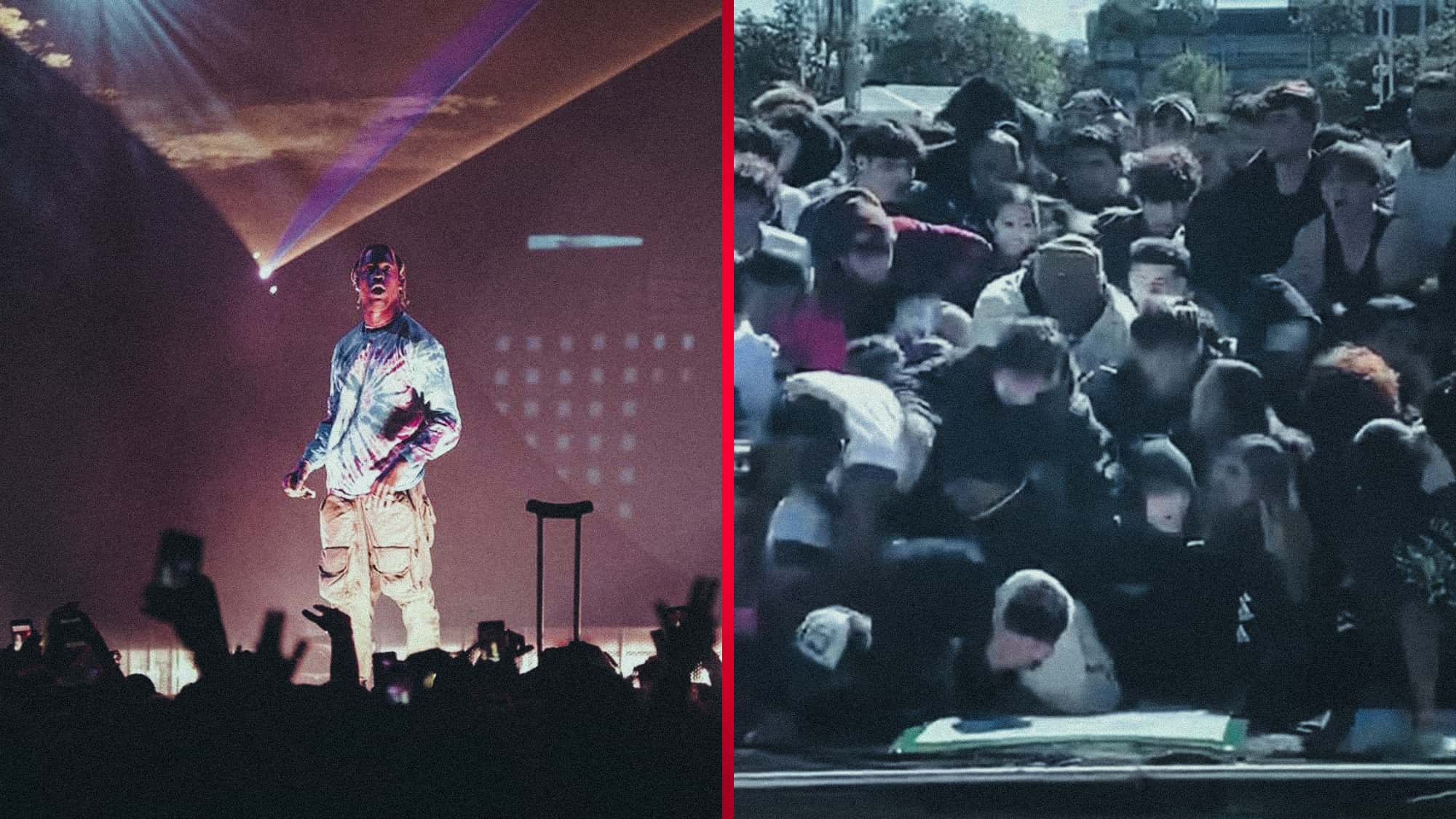 As a result of the AstroWorld Festival in Houston, TX, on Friday, November 5, eight people died and a large group were hospitalized. This ironically unfolded when Travis Scott was performing “See You On The Other Side”.

Fire Chief Sam Peña explains what happened during the press conference. According to Peña, this tragedy started around 9 p.m. when the crowd at the front of the concert were being crushed.

How did it happen

Sam Peña says: “we had we had eight at least eight confirmed fatalities tonight eight confirmed fatalities and we had scores of of individuals that were injured here in this event we had an attendance of approximately fifty thousand to the Travis Scott Astroworld festival event what we do know is that at approximately nine o’clock 9:15 the crowd began to to compress towards the front of of the stage and that caused some panic.”

John Barned-Smith tells DW News: “The youngest victim who was taken to a hospital was 10 years old again that’s not a I’m not saying that person died or anything I’m still trying to find out that that kid’s condition but the youngest person was 10 years old.”

It is not known whether parental supervision was in place with the 10-year-old child. At festivals, children are not allowed under the age of 14 without an adult.

Several videos appeared on Twitter depicting people breaking into the crowd barriers, which tells a lot about the safety measures taken by the organizers of AstroWorld Festival.

Update on #Astroworld :#Houston Fire Chief Sam Peña explained what unfolded as a "mass casualty" incident, saying it began as the crowd began "to compress toward the front of the stage" around 9:00-9:15 p.m. local time, – CNNpic.twitter.com/tbLKrL0E6L

The tragic AstroWorld event reminds us of the 2010 Love Parade incident.

The Love Parade in Duisburg took place on July 24, 2010, when hundreds of visitors were crushed at the entrance to the festival site. 21 people were killed and at least 625 injured.

The accident happened at the entrance to the site. There were two walking routes to the Love Parade. From the west and east, the streams of visitors walked the last stretch through a tunnel about 18 meters wide, until these routes converged. There is a road up to the actual festival site. This T-junction was the only entrance and exit of the site for visitors. Because the tunnel was too narrow for the huge crowds, there was a traffic jam early in the day, even before the tunnel entrance.

The site itself was also too small for the huge crowds. It could accommodate at most 250,000 people, while 400,000 people had come to Duisburg (the organization spoke of 1.4 million visitors). As a result, there was congestion in various places on the site itself.

Update on #Astroworld :#Houston Fire Chief Sam Peña explained what unfolded as a "mass casualty" incident, saying it began as the crowd began "to compress toward the front of the stage" around 9:00-9:15 p.m. local time, – CNNpic.twitter.com/tbLKrL0E6L

Regardless of the investigation on the AstroWorld incident is still running it is becoming clear that the responsibility lies with the festival organizers. The moment a large group of people can enter the crowd barriers, you endanger the safety of crowds who are already inside. After the Love Parade incident, security procedures for festivals have been tightened up in Europe so history never can repeat again. The webcast series "Verzuz" created by record producers Timbaland and Swizz Beatz has recently introduced a new part of the Verzuz Tv series called "Verzuz Gamez." Verzuz Tv teamed up with Call of Duty is going to celebrate the world premiere of Call of Duty: "Vanguard" on Wednesday 3 November from 6 p.m. to 9 p.m. PDT. During this event, rappers will compete against each other in a multi-round Call […]