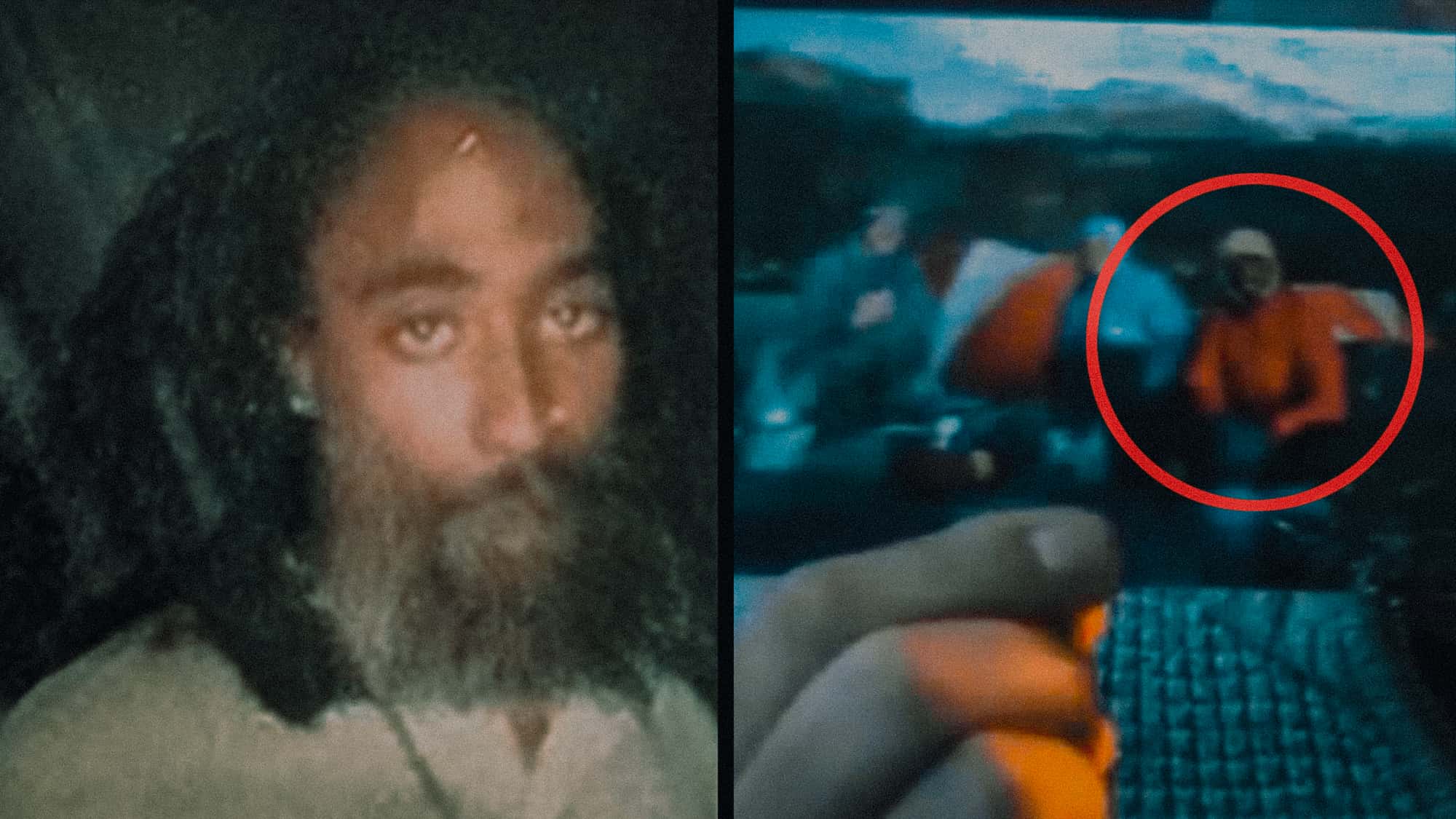 A former security guard claims Tupac is still alive because he helped him with the disappearance. This is very similar to 2PAC’s “The 7 Day Theory”. You will be wondering what does the Makaveli mean?

The Italian diplomat, philosopher, and historian Niccolò Machiavelli wrote the book “Dell’Arte della Guerra” in the 15th century. This was a military science in which he advocates to faked your death to fool your enemies. 2PAC read the translated edition while in prison in 1995 “The Art of War“. Two months after Tupac Shakur’s death, the album “The Don Killuminati: The 7 Day Theory” was dropped depicting Pac on a cross with “Makaveli” in bold font. When you shuffle the letters you get “I Am Alive K”. This led many conspiracy theorists to surmise the rapper Tupac is still alive, but it was all part of a calculated marketing strategy by Death Row.

For more than three years, Tupac’s former security has been sharing details on YouTube channel Icini Studios about how he helped the rapper fake his death. The channel publish a wide variety of videos showing pro-claimed evidence Tupac is still alive and well. On July 8, 2018, the former security guard Michael Nice who is part of Tupac’s disappearance appears on camera uncensored for the first time. In his foreword, he makes it clear that he is risking his life with what he is about to disclose and warns the viewer if he is found dead not to be surprised. Michael Nice claims in the video that he is responsible for falsifying the passport for Tupac Shakur.

Michael Nice says in a YouTube video that he forged the papers for 2PAC: “These passports you asked me about that time the ones I brought to you um you gotta tell me were they for PAC, he said listen brother he said you’re walking on dangerous ground he said um I’ll tell you but obviously because I’m in the the equivalent of a witness protection program he said you can’t contact me anyway he said I’ll tell you as a as a friend yes they were definitely for PAC. I said wow, I felt a tingle down my spine … anyway yeah they were the passports for PAC. The Makaveli is alive. So I think we can safely say that Kenneth Saunders confirmed that those passports he asked me to get him were for PAC”.

Viewers have mixed feelings. Some expressed concern for his safety: “Omg! I’ve been worried about you fam. I’m so glad ur good. ❤ One Love” and others are not satisfied with words as one user writes: “A man SAYING Tupac is alive isn’t PROOF that he’s alive”.

On August 31, 2018, a video was released where Michael Nice confess his entire engagement with the disappearance of the rapper. In the 20-minute video, he claims to have connections with the Black Panthers and shows “real evidence” Tupac is still alive depicting an old video recording of the pro-claimed escape jet and Tupac Shakur was disguised as a co-pilot.

Michael Nice says in the YouTube video: “You’ve all been asking for evidence, just one glimpse I can prove, I’ve got the evidence, PAC, footage of that incident where we smuggle PAC, we didn’t smuggle him, he was disguised as a co-pilot. That instant where we PAC was the copilot and we took the journey. I’ve got footage of that journey, PAC on the plane”.

Icini Studios’ rival Lions Ground says Nice is a hoaxer suggesting Michael Nice is exploiting the rapper’s death for more than three years in a row. Lions Ground (Changed to Astral Citizens) is a YouTube channel by the Dutchman Heathcliff who debunks varied online conspiracy theories. He also expose frauds, covered the Kenneka Jenkins case and the injustice against Native Americans during the 2016 Dakota Access Pipeline protest.

Heathcliff claims that Icini Studios use the phrase “2Pac is Alive” in the title for years for views and that the 2Pac dedicated channel provides no evidence and accuse the channel of falsifying evidence.

Heathcliff says: “If you make such big claims that you helped Tupac, you’re either a snitch or a big liar.”

“The moment Icini Studios has to produce evidence then you know they are not speaking truthfully,” Heathcliff continues.

Below is a still frame from one of the videos of Icini Studios. Michael Nice is holding a photo and claims this is hard evidence Tupac is still alive. His finger points to a man in a red coat.

Lions Ground says this is not the rapper 2PAC but Will Wamaru. The debunker traced the photo back and spoke to the owner of the photo, NOLS. The wilderness education organization says it has no involvement with Michael Nice.

NOLS says in a private conversation with Lions Ground: “We do not have any connection with Michael Nice and he does not have permission for that photo”.

Lions Ground relentlessly continues with the following proof Icini Studios is fake. The photo below shows the dead body of Michael Nice. Michael Nice was pronounced dead on the YouTube channel Icini Studios. It is claimed he has been murdered by men in black. Here’s the problem, Nice was able to send a threat message to Lions Ground on Facebook just days after his death. A few months later Nice can be seen again on the YouTube channel.

In the video from September 21, Icini Studios makes another bizarre claim. Michael Nice would have been kidnapped. The video is depicting a man standing at the door in the middle of the night who is believed to be responsible for Michael Nice’s disappearance, however Lions Ground is very skeptical and says it is only a matter of time before he returns.

Icini Studios’ infamous escape plane claim has also been debunked by Lions Ground. The debunker says that the video was stolen from the YouTube channel Just Planes. Heathcliff says, “I’ve been in contact with the original owner of the airplane video and he didn’t gave Icini Studios permission to use his video”.

You can watch the full debunk of Lions Ground in the video below. Down to the smallest points, Michael Nice gets exposed. Watch the video and answer our question. Is the Former Security fake? Young Thug's new album "Punk" has finally arrived on Friday (October 15) through Thug's own label, Young Stoner Life Records. It follows a 2021 compilation album from the label,' Slime Language 2' which Young Thug also appears on. Young Thug's latest major accomplishment was his debut album "So Much Fun" which was released on August 16, 2019, by YSL Record.  The album debuted at number 1 on the Billboard 200 […]