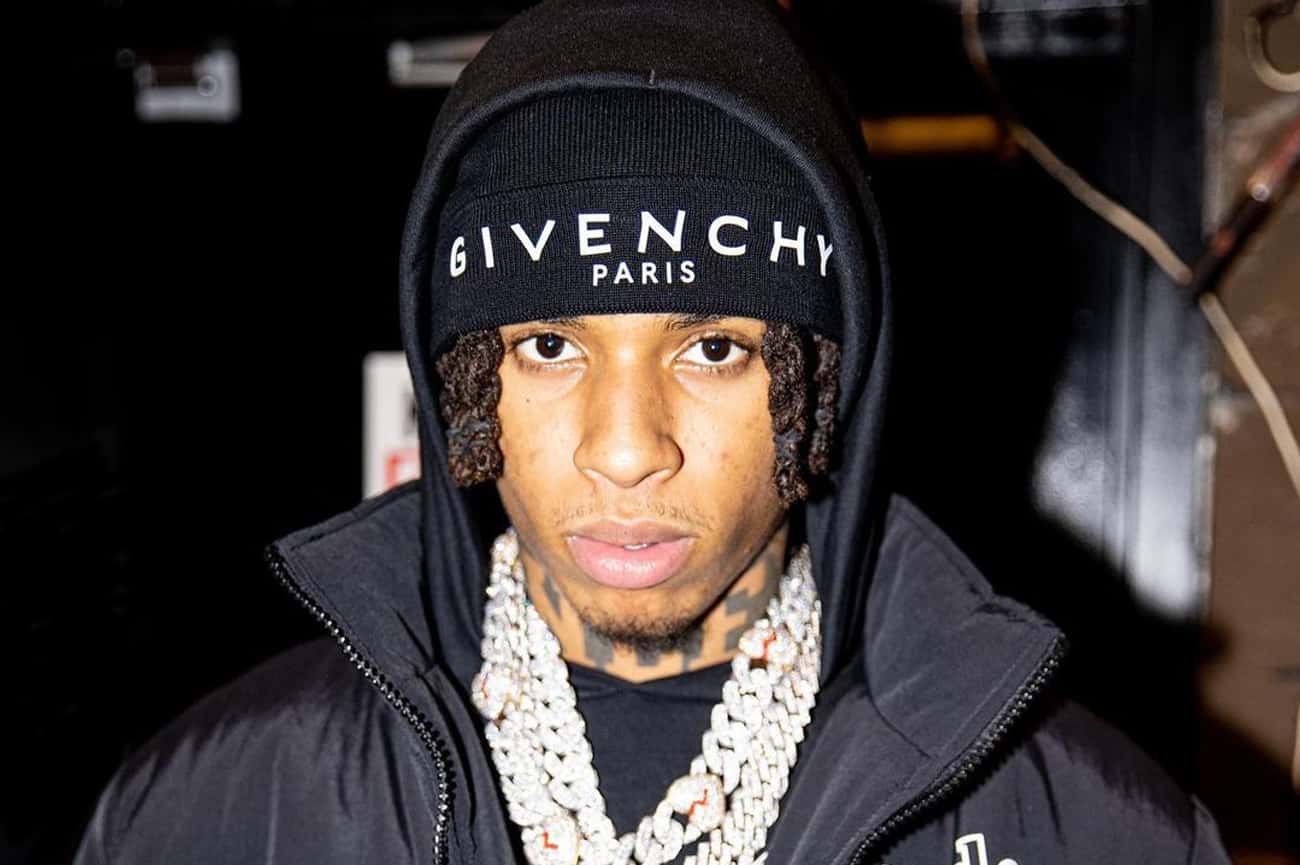 A feud between NLE Choppa and DJ Vlad has broken out, but the reason why is a little bit surprising.

Choppa claims that he knows what could help Justin Bieber’s condition.

Justin Bieber was trending a few days ago after he released a video informing his fans that he is suffering from a medical problem and would be unable to perform.

The pop star’s half of his face is presently paralyzed. The temporary condition, according to Bieber, is caused by Ramsay Hunt syndrome, which is generated by the same virus that causes chickenpox.

Choppa seemed to want to help Justin by giving him some advice that may help him deal with his Ramsay Hunt diagnosis.

The Memphis rapper tweeted: “I tried to have my label dm Justin Bieber on Instagram idk if it was sent out because I don’t run it but can y’all please do me a favor and let him know I have what can help. I promise. I just want to help and heal.”

Despite the fact that the article made no negative remarks about Choppa, the rapper was not pleased.

In response to the article, the rapper said: “Chump ass n***a.”

This prompted the following response from Vlad: “Says the chump who claims he cured cancer.”

We’re not sure what triggered the rapper’s outburst, but the feud between Vlad and Choppa escalated when the rapper responded with the following tweet:

“You a culture vulture. You make money off us and really don’t fuck with the people. Police ass”

In addition to Choppa’s tweet, Vlad replied with the following remark: “You’re a snake oil salesman. This year you claimed you have herbs that replace Brazilian Butt Lifts & breast implants. Last year claimed you can cure herpes, gonorrhea, and chlamydia. Fraud ass.”

Vlad continued replying with the following message: “You didn’t cure shit. Any actual cure has 3 levels of clinical trials associated with it along with peer reviews of the outcome. You have none of that. All you did was tweet that you cured someone.”

At this point, we don’t know what triggered the Choppa-Vlad feud. But we do know that the rapper’s intentions are good, and we all wish Justin Bieber a speedy recovery. Roddy Ricch Arrested Only Hours Before He Was Set To Perform Rapper Roddy Ricch was arrested on Saturday, June 11th after the vehicle he was riding in was stopped at a Citi Field security checkpoint at the event in Queens NY. According to TMZ,  Ricch is reportedly in the hands of the NYPD. Security authorities checked Ricch and his crew and uncovered a loaded firearm, nine rounds, ammo, and a large-capacity […]