Nicki Minaj And Latto Feud Due To The Grammys 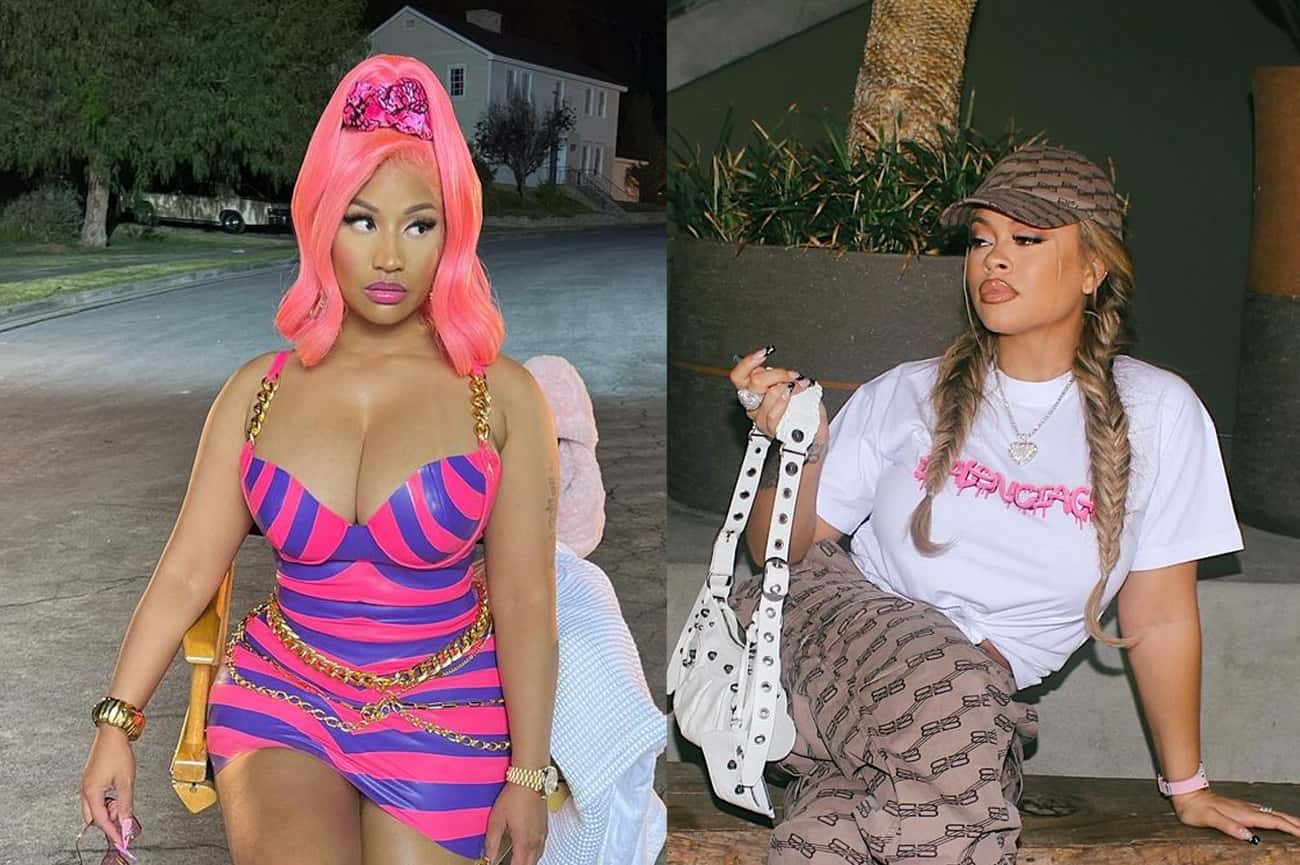 It’s no secret that the Grammys have a tendency to categorize genres in ways that don’t make sense to artists and listeners alike. But now, Nicki Minaj is taking her issue with the Grammys public—and it’s not sitting well with rapper Latto.

On Thursday Minaj posted an Instagram video complaining that the Grammys had re-categorized her song ‘Super Freaky Girl’ to the pop genre, but not Latto’s song ‘Big Energy’.

The rap Queen also talked about Drake‘s Grammy win for his hit song ‘Hotline Bling’, which was nominated in the Best Rap Song category in 2017. Minaj said: “Super Freaky Girl where I only rapped on the song was removed out of rap categories at the Grammys right and put in pop. ‘Hotline Bling’ however in 2017 won best rap song. Now let’s say that Super Freaky Girl is a pop song. Let’s just say that right? What is Big Energy?

“Even Drake spoke up on this when he was like why am I winning a rap award for ‘Hotline Bling’? And he did the right thing. That’s what you’re supposed to do as an artist. If you truly know something is unfair as an artist speaks on that shit”: she expressed.

Minaj continued to address the issue by saying: “Sit with your f**cking ears. Go through your earlobes if you have to. I see you’re not listening. So I’ma say it again because I know people like to twist my words. If Super Freaky Girl is pop then so is Big Energy.”

“Same producers on both songs by the way. If you want to talk about it. So let’s keep sh*t fair. But I know one thing even when I’m rapping on a pop track I still out rap! out rap.”

Minaj continued to vent about the Grammys and about Latto’s song in a series of messages on Twitter.

The rapper tweeted: “I have no problem being moved out of the RAP category as long as we’re ALL being treated FAIRLY. If SFG has 2B moved out RAP then so does Big Energy! ANYONE who says diff is simply a Nicki hater or a troll. I’d actually LUV 2 c a more street record win-male OR female!”

Minaj expected Latto would back her up on this issue because it concerns other artists as well—but she was disappointed in the way that Latto reacted.

But if you were in Latto’s shoes, you would understand the hurt she felt when people started attacking her song on social media. It was entirely up to the Grammys organizers for allowing this unfairness—not anyone else.

In response to Minaj, the Big Energy rapper tweeted: “1st of all I texted u cause I didn’t wanna do the internet sh*t with someone I looked up to. Just like the 1st time I DMed u asking about ur ongoing subtweets. I wanted to speak up cuz I said I do agree but the way u going about it seems malicious, especially after how we left off.”

The two artists demonstrated their lack of understanding for each other in a series of tweets. We’ve chosen to show you only a few examples here, but more exist on social media.

In the next video leaked by Latto, you can hear Minaj yelling at her and saying: “You are clearly putting yourself above me.”

Latto shared the audio with the following caption: “Lemme specify I’m sorry. Im delusional for saying “we’re” (newer female rappers) are flourishing & u said no one cares about my little song LYRICS my bad. FYI I only recorded cause I KNOW who tf I’m playing wit.”

A Nicki fan reacted to the feud by saying: “First thing First, I’m a Barb. But I don’t see what Latto said wrong in that Interview, I don’t Understand why Nicki didn’t stop the Barbz from bullying her, I don’t get why she has to bring her name up in regards of the situation with the Grammys.”

We at Dilemaradio have addressed this issue many times about how the categorization of music in these “Hip-Hop” awards is unfair.

These outlets (Billboards, BET, Grammys..) are commercially oriented, they will never give voice to the street sound of “rap” or any other form of music that isn’t mainstream. It’s all about money!

The rap genre has evolved over the years. We have seen many rappers beginning their careers with a hip-hop street sound, but once they sign with major labels, they get convinced to change it in an effort for mainstream appeal. Therefore, their music suddenly sounds like white pop instead of hip-hop—let’s call it selling your soul to the devil. This is why independent rappers don’t get the recognition they deserve on these platforms: because corporate interests dictate what we hear and see on a daily basis.

The unfairness of these award shows when it comes to rap music has been going on for years. But now that Miss Minaj is getting screwed over by the Grammys, she’s finally speaking out about it.

And we have to admit: she’s right! Minaj’s song Super Freaky Girl has a more hip-hop sound than Latto’s Big Energy track, but let’s get real—are these two songs the best examples of rap? When it comes to street sound and rap music, none of them should have been nominated in this category in the first place.

If Nicki really wants to talk about fairness and rap music, she should have spoken out way long ago—not just because it’s happening to her now. Kim Kardashian may have been a bit harsher than she intended when she left a voicemail for Ray J about his relationship with Whitney Houston. But let's be honest: what is more shocking – an old tape of Kim Kardashian being frustrated at her ex Ray J and Houston—or seeing Mrs. Owens wearing a T-shirt that reads "White Lives Matter"? Owens' political motivations are clear: she believes the Kardashian family […]